WIM stands for “Women in Microwaves” and is the subset of Women in Engineering (WIE) working within the field of microwave engineering and typically active within the MTT society. WIM is also a subcommittee under MGA within the MTT-S AdCom.

The Women in Microwaves (WIM) column in this May edition of IEEE Microwave Magazine features candid thoughts from members of the IMS2022 WIM event committee, comprising Prof. Zoya Popovic ́ of the University of Colorado at Boulder (CU) and her graduate students, both male and female. For this interview, I wanted to understand not only what motivated these women to write their article, but also why Prof. Popovic ́ chose an all-student committee, why the women students on the committee have chosen a career in the male-dominated field of microwaves, and what kinds of gender issues they have encountered as students at CU.

Prof. Zoya Popovic ́, her daughter Nina Popovic ́ Basta, and student Laila Marzall recently wrote an article for this magazine promoting the WIM reception at IMS2022, but also reflecting on the history behind gender imbalance in the industry in a humorous, lighthearted way. Included in the article are some amusing (or not so amusing, depending on your point of view) quotes from a 1952 document titled “How to Handle Women,” which reveals that apparently women were difficult to work with back then. The authors then solicited some anonymous quotes from well-established male colleagues on how they feel about working with women in 2022.

You can find the committee’s candid answers to my interview (here) and the article “Men and Women Together Make RF/Microwaves Better) by Prof. Popovic ́, Nina Popovic ́ Basta, and Laila Marzall (here). Take the time to read both, you’ll be glad you did. 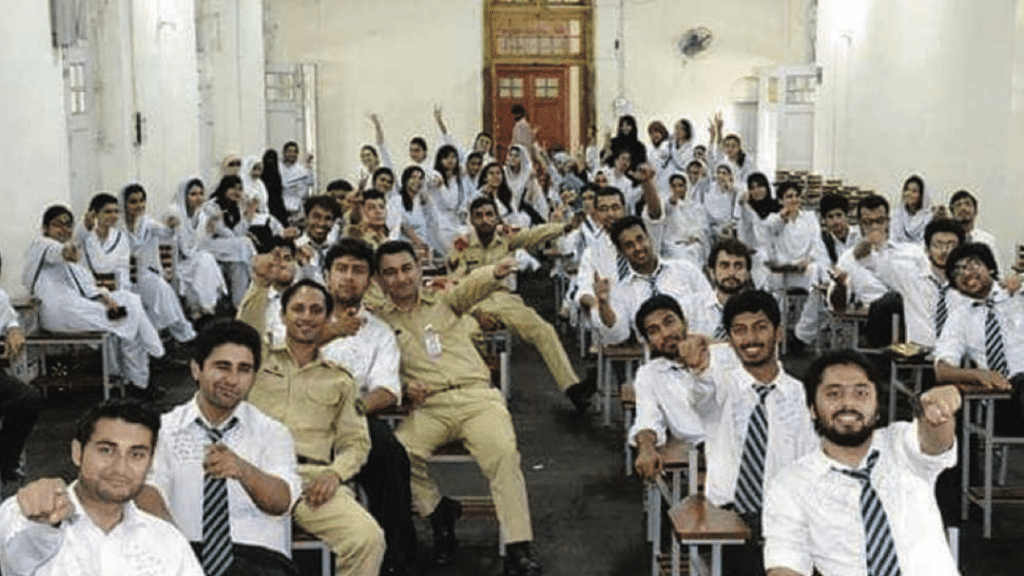 Our April WIM article on Women, STEM, and South Asia was contributed by Tayyaba Farooqi, who is with the National University of Sciences and Technology in Pakistan. She wondered when she was invited to contribute whether the problems faced by women in technology in developing countries could be understood by an international audience because the unique ingrained social norms, or unconscious biases, within developing countries have made gender discrimination seem so normal that it goes unnoticed and is acceptable by both men and women. She explains that this is because in her culture education of male offspring is prioritized over that of females and parents instead encourage their daughters to attend female institutes, however, STEM courses are not offered in those schools. For females who are able to take technical courses, the majority of teachers in technical areas are male, leaving a communication gap between them and their female students. An additional hurdle for women is that the culture sets expectations that women should let their male counterparts take the lead in projects, so often the contributions of women go unseen. All of these factors serve to dissuade women from pursuing careers in technology.

Tayyaba calls for women in developing countries to not wait for society to change, but to be vocal and proactive in making themselves heard and mentoring young women who wish to enter STEM fields. She also believes women need to teach their young sons to be respectful of women and how to behave in a co-environment. 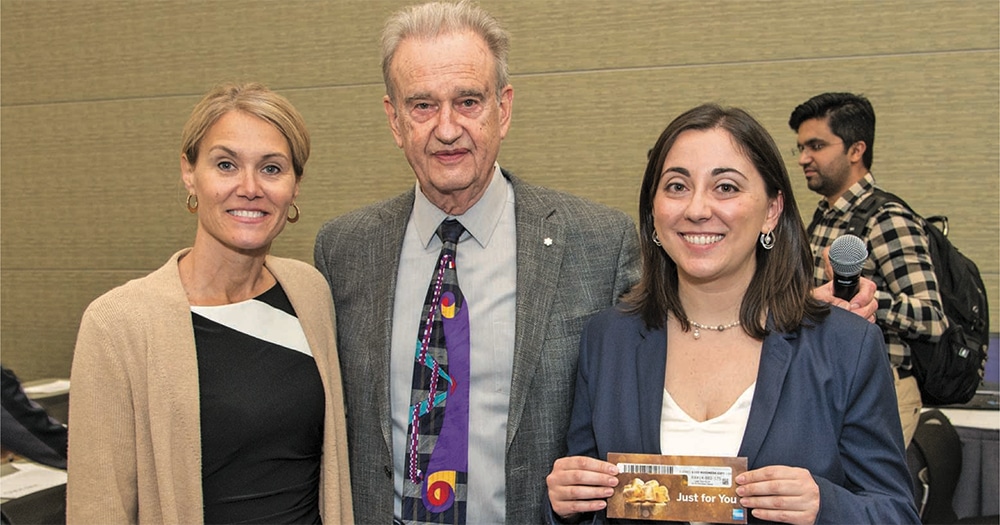 Valentina Palazzi of the University of Perugia, Italy has written an insightful article in this March issue of IEEE Microwaves Magazine on the positive impact the Three Minute Thesis (3MT) competition at the International Microwave Symposium (IMS) has had on her personal and professional growth.

She has taken part in this competition twice—in 2019 and 2021, and explains in her article that, at first, she thought it would be impossible to not only explain her research in three minutes, but also to avoid technical jargon.

“The beauty of a 3MT competition,” she says, “lies in the simplicity of its rules, which also makes it so tough: all contestants are given a maximum of three minutes to describe the results of their research to a nontechnical audience, with the support of just a single static slide. There is no room for shortcuts: only you, with your words and gestures, must succeed in catching the attention and the interest of a varied audience in less than three minutes.”

Valentina explains that her journey removed her misconceptions and disbeliefs and helped her embrace the concept that everything is relatable to any kind of audience in a given time—the key lies in planning and asking the right questions. She discusses in her article that competition had a profound effect on her in that it helped her understand a different way of expressing concepts and gave her a new perspective on how to communicate her results and prepare her lectures.

As moderator and Master of Ceremonies for the 2019 event, I was very impressed with this young woman and gave her my special MC award. You can read my blog from that competition, “Innovative Competitions Inspire Next Generation of RF/Microwave Leaders,” where I discuss the importance of 3MT and other IMS competitions that help jump start young engineers’ careers.

I was pleased to see Valentina competing again in 2021. This time, a fellow finalist invited her to help with the IMS2021 WIM session, which resulted in her making connections with some of the most well-known women leaders in IEEE and becoming part of the WIM community.

Be sure to read the details of Valentina’s experiences with both 3MT and WIM here. 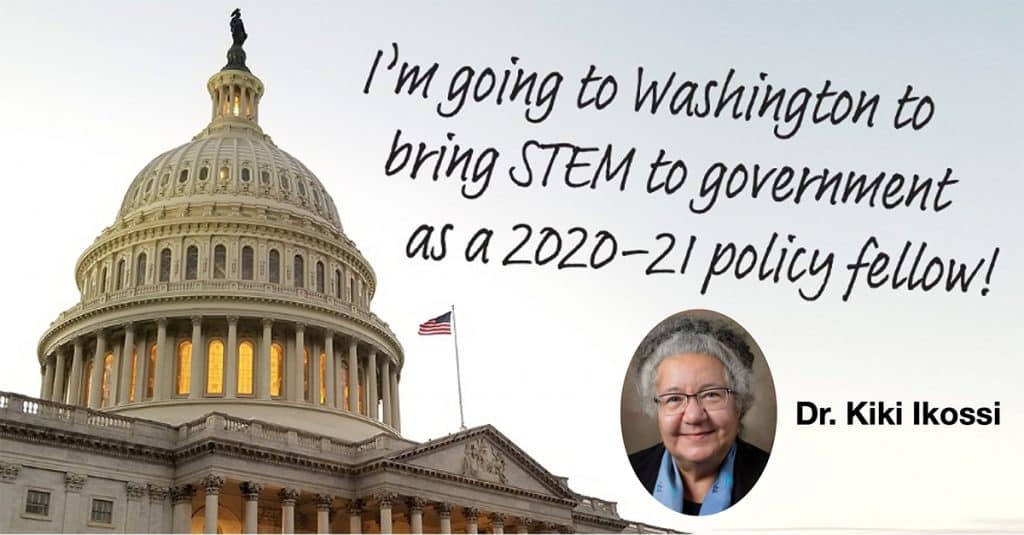 Our February IEEE Microwave Magazine WIM column features an article from Dr. Kiki Ikossi, an American Association for the Advancement of Science (AAAS) Science and Technology Policy Fellow at the National Science Foundation (NSF). As she points out in her introduction, Kiki and I have known each other for years and I’ve been encouraging her to share her wealth of experience as a woman in microwaves. Through this article, “Decades of Perspectives of Women in Microwaves,” Kiki tells us where she is now and how she got here, including her struggles to graduate from the National Technical University of Athens during a military junta and to earn her MS and PhD degrees in a male-dominated environment while raising a family.

Kiki recounts that NSF is where discoveries begin. AAAS- STP Fellows work across NSF on projects that shape the future of science and engineering with an eye towards promoting not only science, but diversity, equity, and inclusion in STEM fields.

After enjoying the summary version in the magazine, be sure to read on here for the longer, complete story of Kiki’s fascinating life, education, professional career, and research. 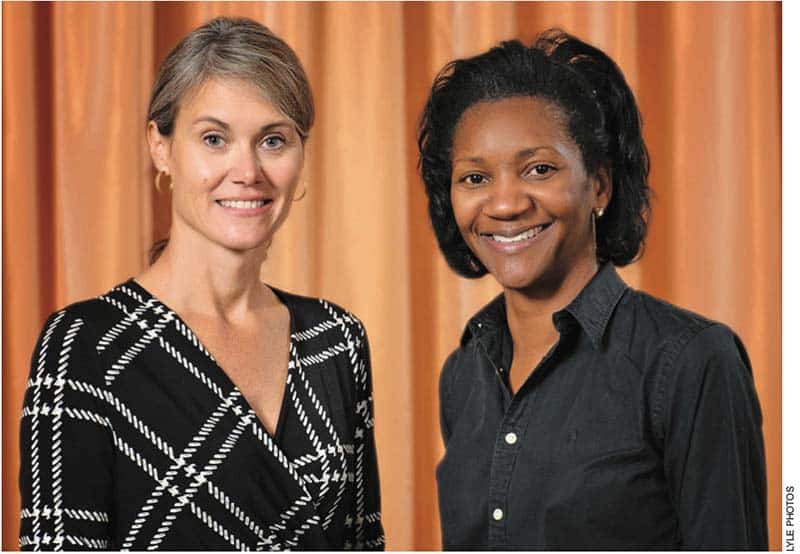 With the new year comes a new IEEE MTT-S president—Prof. Rashaunda Henderson, our second female president of the society and the first female of color to take on this challenging role. I had the pleasure of chatting with Rashaunda about her motivations for deciding to run for society president in the first place as well as pivotal points in her career along the way that have helped to shape the person she is and her success in the field of microwaves.

Throughout the interview, Rashaunda shared many wisdoms she has internalized over the years that span her childhood through today. There were several phrases that resonated with me and perhaps will with you as well:
•  Not making excuses
•  Philosophy of serving others
•  Bring ideas to the table
•  Push through the fear

I encourage all of you to learn more about this truly inspiring person and her vision and goals for the Society which address educating our youth and young professionals, collaborating with other IEEE societies and mentoring all we meet along the way to ensure continuity of the community and future years of success.

Click here to read my interview of Professor Henderson in the January 2022 issue of IEEE Microwaves Magazine: https://ieeexplore.ieee.org/stamp/stamp.jsp?arnumber=9632505.