In Memoriam: Richard A. Sparks 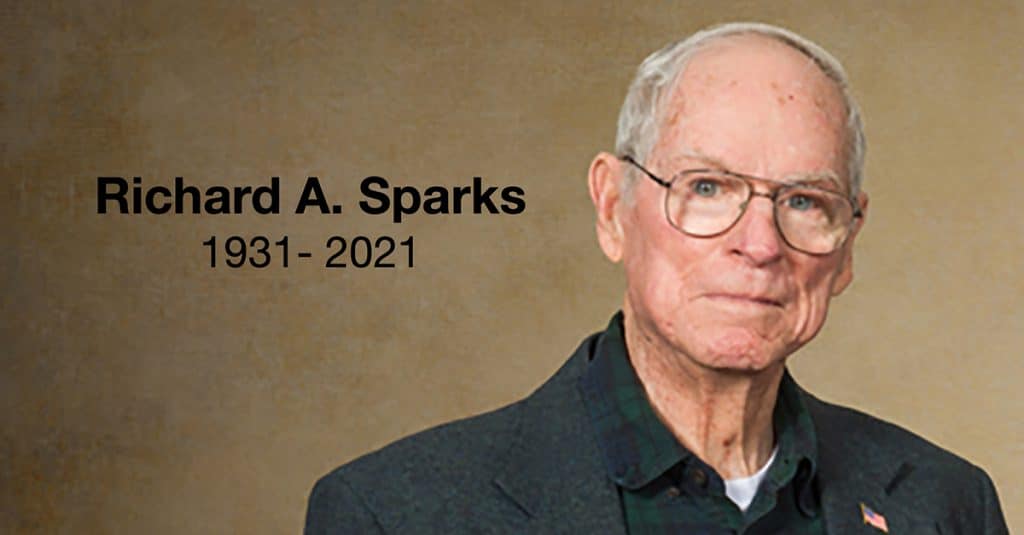 It is with deepest sadness that we must report to you the passing of our Past President and Honorary Life Member Richard (Dick) A. Sparks.

Dick passed away on Saturday, 18 December 2021, two days after his 90th birthday.  Dick served MTT-S for over half of a century in various roles and functions. He was a member of MTT-S AdCom from 1972 to 1982, serving as Vice President and President in 1981 and 1982, respectively. He received the IEEE MTT-S Centennial Medal in 1984 and the MTT-S Meritorious Service Award in 1986. He was the first recipient of the N. Walter Cox Service Award in 1989, and he received the MTT-S Distinguished Service Award in 1992. Following his retirement, he served as the Society Administrator for MTT-S for 23 years. Dick was named Fellow of the IEEE in 1995 and was selected as a Honorary Life Member of MTT-S in 2014. Dick was a role model for many MTT-S members and volunteers who had the privilege of working with him on professional or Society matters. This is a tremendous loss to our Society and our profession.

The obituary is here: https://legcy.co/3pxo5RM.

The memorial page is here: https://mtt.org/profile/richard-a-sparks/

Our thoughts and prayers are with Dick and his family.