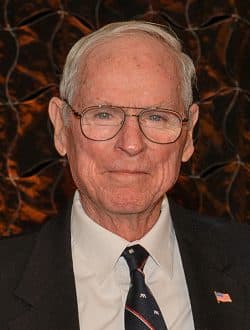 From 1961until his retirement from Raytheon in 1992 Dick held high level positions in several prestigious organizations. He then provided service as a consultant. He has authored more than 50 papers and technical presentations and has been awarded 7 patents.

Dick became a member of the Institute of Radio Engineers in 1960, subsequently the IEEE.  He was elected to the Microwave Theory & Techniques Society (MTT-S) Administrative Committee (AdCom) in January 1973 serving as chair of MTT-S Operations and Meeting Services Committee and in 1981 and 1982, he was elected vice president and president of the Society respectively. As president he led a MTT-S Study Group through China.  Dick was highly involved with organizing new chapters throughout the world, attending conferences in Japan, India, Hong Kong, Germany, France, Italy, as well as Central and South America

In 1993, and for the next 21 years, Dick was appointed to serve as the IEEE MTT-S administrator supporting the officers and standing committee chairs. Additional responsibilities included support to the annual budget preparation, management of worldwide Chapter development, Chapter record keeping, and monitoring the documentation, operation, and reporting activities of all Society-sponsored conferences. In 2013, he retired for a third time, and participated as a volunteer on several MTT-S committees and on special AdCom assignments.

He received the MTT-S Distinguished Service Award in 1992 and was elected Fellow of the IEEE in 1995. In June 2014, the MTT-S AdCom selected Richard A. Sparks as the 13th Honorable Life Member of the IEEE MTT-S.

Dick was always a loving and caring husband, father, grandfather, and a good friend to all who knew him. A Funeral Service will take place at the convenience of the family in Nashua, NH.