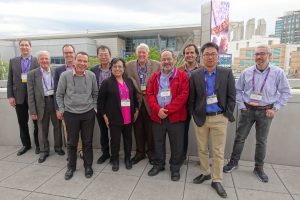 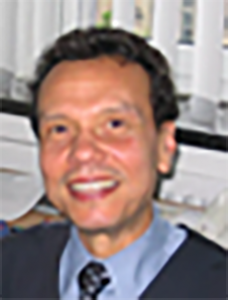 TImaging is constructing a two-dimensional or three-dimensional map of a certain physical property of the object to be imaged. There are different types of imaging, the well-known of which is photography, which maps the object surface optical reflectivity. A second example is acoustic imaging, in which the material density is the object physical property that is mapped. Microwave imaging on the other hand maps the permittivity and conductivity of the imaged object. Magnetic-Resonance Imaging (MRI) basically maps the concentration of the hydro-gen nuclei in the imaged object.
Almost all fundamental particles (electrons, protons … etc.) possess a characteristic spin magnetic moment. Applying a strong static magnetic field to an object, results in directing these spins parallel and anti-parallel to the applied magnetic field. This gives rise to two en-ergy states, whose populations are governed by the lows of thermodynamics. If, in addition, an RF field of a certain frequency is properly applied for a certain time, the spins start to pre-cess about the direction of the static magnetic field disturbing the thermodynamic equilibrium. During the process of restoring the thermodynamic equilibrium, the spins radiate an electro-magnetic field which can be received and used for constructing the MR images. The strength of the static magnetic field plays a key role in the quality and resolution of the obtained im-ages.
In this talk, the fundamentals of MRI are firstly presented. Technical aspects related to the generation and detection of the RF field are emphasized. One of these aspects is the design of RF coils capable of generating homogeneous magnetic field (homogeneous illumination) within the object to be imaged. We will discuss applying a number of well-known antennas techniques such as Beam Forming and Butler Matrix to advanced Magnetic Resonance Im-aging. Special emphases are put on imaging systems utilizing high static magnetic fields for improving resolution.

Received the B.Sc., M.Sc. and Doktor-Ing. degrees in electrical engineering in 1978, 1982 and 1986, respectively. He has been professor of electrical engineering since 1990 and director of the Chair of Microwave and Communication Engineering at the University of Magdeburg, Germany since 1998. He joined the Petroleum Institute in Abu Dhabi as a Distinguished Professor in 2012 and 2013 as an organizer of the research activities for the Oil and Gas Industry in this area. In 2014 and 2015 he chaired the Electrical and Computer Engineering at the University of Akron, Ohio, USA. Dr. Omar authored and co-authored more than 450 technical papers extending over a wide spectrum of research areas. His current research fields cover the areas of microwave, magnetic-resonance, and acoustic imaging, microwave and millimeter-wave material characterization, phased arrays and beamforming, massive MIMO, indoor positioning, subsurface tomography and ground penetrating radar, and field theoretical modeling of microwave systems and components. He is IEEE Fellow.