MTT-S Has A New Name 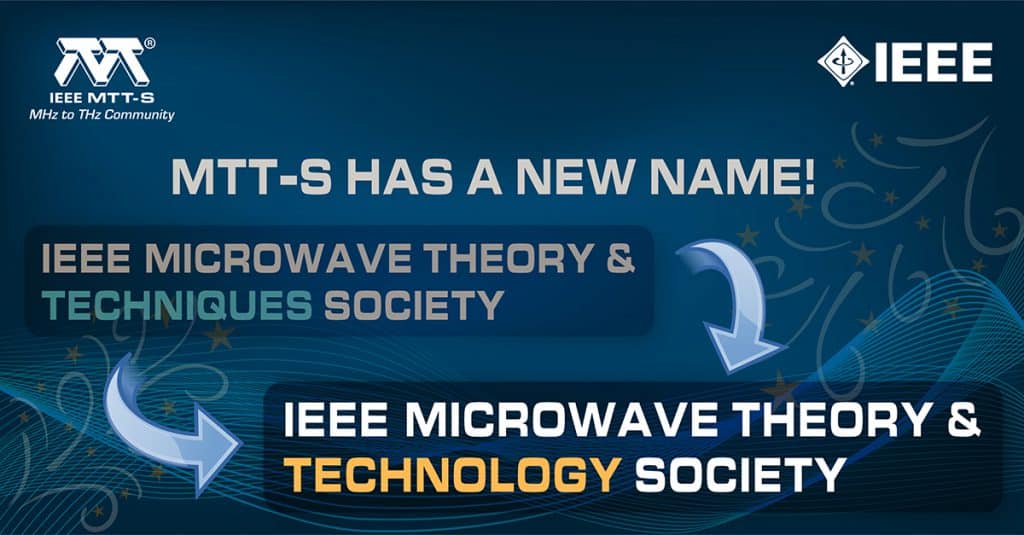 The origin of the MTT-S can be traced back to the formation of the Professional Group for Microwave Electronics, approved by the Professional Groups Committee of the Institute of Radio Engineers (IRE) on March 7, 1952. The members of the first committee had its first meeting on May 1, 1952. The Group was subsequently renamed to the Professional Group on Microwave Theory and Techniques on June 3, 1952. By January 1953, the Group had a total membership of 942. The first symposium was held in New York City, on November 7, 1952, with 210 people in attendance and ten papers presented. In that first year, one issue of the IEEE Transactions on MTT was published. It consisted of 48 pages and was made up of 13 articles and one abstract.

Eleven years later, in 1963, the IRE and the American Institute of Electrical Engineers (AIEE) merged to become IEEE, and in 1974, the Professional Group was renamed as IEEE Microwave Theory and Techniques Society (MTT-S). Since then, the Society has grown to become a transnational society with more than 11,000 members and 190 chapters worldwide. We publish five journals and jointly sponsor an additional five journals with other societies. We host more than 30 conferences within the 10 regions of IEEE.

Fast-forward to January 2021, when the MTT-S Administrative Committee (AdCom) voted to change the Society’s name from the “IEEE Microwave Theory and Techniques Society” to the “IEEE Microwave Theory and Technology Society”. This motion was brought forth to appeal to Young Professionals who may not understand or relate to “microwave techniques” and to appeal to industry members who may feel “techniques” is too academic and somewhat disconnected from technology. We sought the name change to better align with our members’ work that has transcended to RF/microwave modules, subsystems and systems. The one word shift did not affect the familiar logo and acronym. We are still known as the MTT Society. After the motion passed, the results were communicated and submitted to the IEEE TAB for endorsement and approval. The Society name change was approved by the IEEE Board of Directors during the October IEEE Meeting Series. From now until 16 August, the website will reflect both names. Starting in January 2023, our publications will reflect the new Society name.

Over the past 70 years, MTT-S continuously promotes the advancement of microwave theory and its applications, including RF, microwave, millimeter-wave, and terahertz technologies. It has worked to advance the professional standing of its members and enhance the quality of life for all people through the development and application of microwave technology. As we enter into an exciting future, our mission is to continue to understand and influence microwave technology and to provide a forum for all microwave engineers. The MTT-S will continue to be the global focus for the promotion of the RF and microwave engineering profession, by advancing and distributing knowledge and supporting professional development.