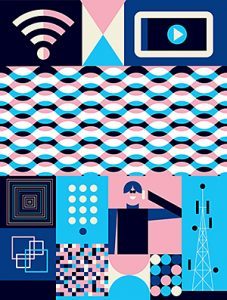 Today’s radio technology has almost nothing in common with its counterpart from a century ago. Countless advances have produced gear that is fantastically smaller, more reliable, and more efficient in its use of power and bandwidth. And yet, one enormous limitation remains from long ago: Radios still can’t transmit and receive on the same frequency at the same time.

Full duplex capability would be a great advance for wireless. It would in one fell swoop double a network’s capacity. At a time when unused radio-frequency spectrum has already been mined to near extinction and demands for data are increasing—and with emerging 5G networks targeting a 1,000-fold increase in data flows—full-duplex wireless has become a holy grail in the search for a way to ease the spectrum crunch.

The IEEE Microwave Theory and Technology Society offers financial assistance to graduate, undergraduate, and pregraduate students. Applications for assistance int 2017 are due by October 15, 2016

This distance-aware bandwidth-adaptive resource allocation scheme uses the terahertz spectrum more efficiently, offering 10 Gb/s at 4 m in the multipath channel, 100 Gb/s is achieved up to 21 m in line-of-sight transmission, and up to thirteen simultaneous 100 Gb/s links.

The MMS2016 paper submission deadline has been extended to 1 August 2016. Accepted papers will be published in the conference proceedings and, upon paying the registration fees and presenting the paper, will be submitted for inclusion in the IEEE Xplore Digital Library. Submissions will be evaluated based on novelty, significance of the work, technical content, and interest to the audience.

In May, the IEEE MTT-S American International University-Bangladesh (AIUB) Student Branch Chapter and IEEE Young Professionals Bangladesh collaborated to host a seminar on Microwave Engineering, making it possible for students and prospective researchers to interact with the leaders in the field.