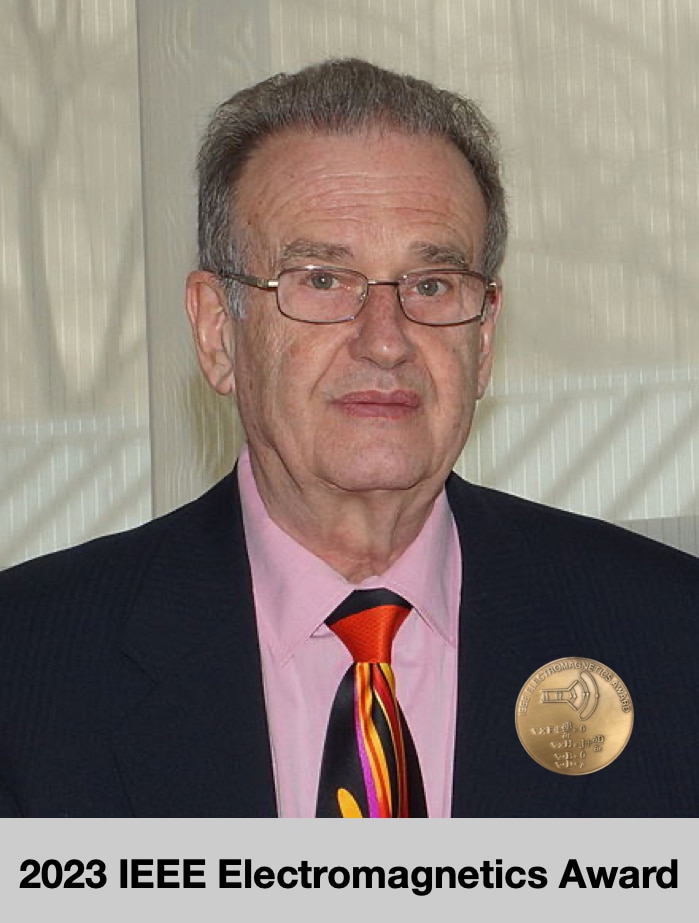 Many congratulations to Professor John Bandler for receiving the 2023 IEEE Electromagnetics Award “for contributions to electromagnetic optimization and the modeling of high-frequency structures, circuits, and devices.” https://bit.ly/3NpccGp.

Professor Bandler studied at Imperial College London and received the B.Sc.(Eng.), Ph.D., and D.Sc.(Eng.) degrees from the University of London, England, in 1963, 1967, and 1976, respectively. He joined McMaster University, Canada, in 1969. He has served as Chairman of his department and Dean of the Faculty of Engineering. He is now a Professor Emeritus.

Professor Bandler has published more than 500 technical papers and made contributions to many books. He founded Optimization Systems Associates Inc. in 1983 and sold it to Hewlett-Packard in 1997. He pioneered space mapping technology in 1993. Space mapping has since been adopted into design portfolios across the entire spectrum of engineering.

He is an engineer, entrepreneur, innovator, researcher, artist, speaker, and author of fiction, including stage plays. He wrote and directed That The Multitude May Live, which can be seen on his YouTube channel along with other examples of his theatrical work.

Professor Bandler spearheaded the Three Minute Thesis (3MT®) competition at IEEE MTT-S International Microwave Symposium (IMS) in 2017 and has been continuously co-organizing this program since then. He has mentored hundreds of candidates in this program, which benefits hugely to the students and the community. https://youtu.be/D1vacl8zp8A.

We are so proud of having you as part of the MTT-S community, Professor Bandler! Thank you for your outstanding contributions and services over years.