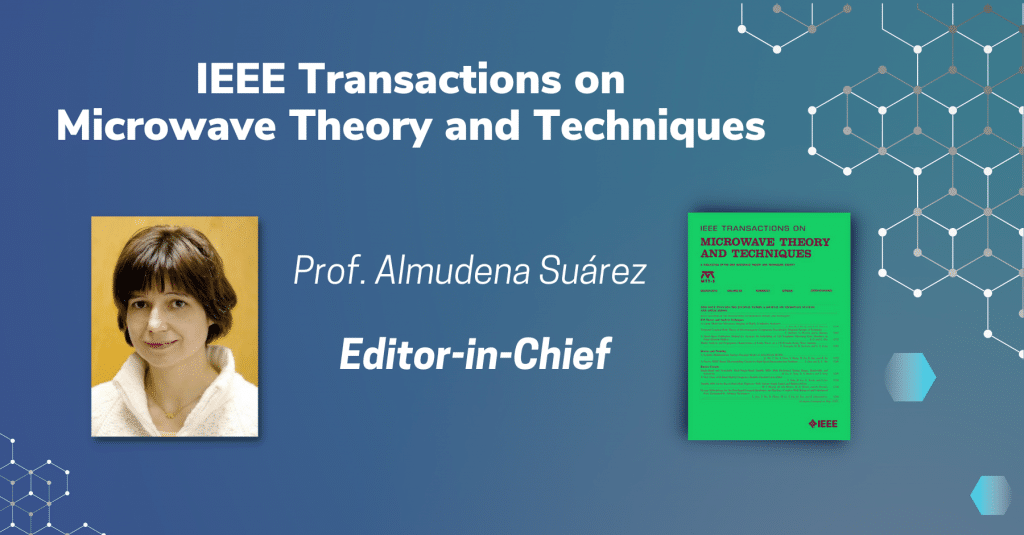 The IEEE Transactions on Microwave Theory and Techniques (T-MTT) has appointed Prof. Almudena Suárez as the new editor-in-chief.

Prof. Suárez is a full professor at University of Cantabria (Spain) and head of the research group Microwave Engineering and Radiocommunication Systems. She is a Fellow of the IEEE. She was an IEEE Distinguished Microwave Lecturer during the period 2006-2008. She has published more than 100 papers in IEEE journals. She has authored the book “Analysis and design of autonomous microwave circuits” (IEEE-Wiley, 2009) and co-authored the book “Stability Analysis of nonlinear microwave circuits” (Artech House, 2003). She has given numerous invited talks in international conferences. She is a member of the technical programme committees of “IEEE International Microwave Symposium” and “European Microwave Week”, among other. She is a member of the Board of Directors of the European Microwave Association, where she acts as publication chair. She was the Editor in Chief of “International Journal of Microwave and Wireless Technologies” of Cambridge Journals, from 2013 to 2018. She is an associate editor of IEEE Microwave Magazine. She was the General TPC chair of EuMW 2019. She was the coordinator of the “Communications and Electronic Technology Area” for the Spanish National Evaluation and Foresight Agency (ANEP) between 2009 and 2013. She was the co-chair of the 2014 and 2015 editions of “IEEE Topical Conference on RF/microwave Power Amplifiers (PAWR)”, in Newport Beach and San Diego. She has been the co-instructor of a regularly offered short course for the International Microwave Symposium on nonlinear related topics.