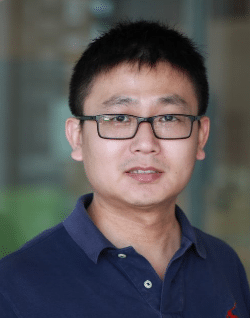 Yang Yang (S’11–M’14-SM’17) was born in Bayan Nur, Inner Mongolia, China and received the degrees of MEng in Telecommunications, MSc in Digital Communications and PhD in Microwave Engineering from Department of Electrical and Computer Systems Engineering (ECSE) and Faculty of Information Technology (IT), Monash University (Clayton Campus), Melbourne, Australia, in 2007, 2008 and 2013, respectively.

In 2012, Dr. Yang joined Rain Bird Australia, serving as an Asia Pacific GSP Engineer and worked in Rain Bird Corporation in Tucson, AZ, U.S.A. (during July-September 2012). In April 2015, he returned to academia, holding a position of Senior Research Associate in the field of microwave and antenna technologies, with Centre for Collaboration in Electromagnetic and Antenna Engineering at Macquarie University. In April 2016, he was appointed as a Research Fellow with State Key Laboratory of Terahertz and Millimeter Waves, City University of Hong Kong. Since December 2016, Dr. Yang joined the University of Technology Sydney (UTS), Australia. He is currently a Senior Lecturer and a team leader of Millimetre-Wave Integrated Circuits and Antennas, in UTS Tech Lab. His research interests include millimetre-wave and sub-terahertz technologies in 5G and beyond, and biomedical applications. He has over 150 international peer-reviewed publications in microwave and millimetre-wave circuits and antennas

Dr. Yang was a winner of CST University Publication Award 2018, by CST, Dassault Systèmes. During 2017-2019, he received UTS FEIT Blue Sky Awards in the field of 3D printed microwave and millimetre-wave devices and antennas for 5G and biomedical applications. His PhD student won the prestigious 2020 IEEE MTT-S Graduate Fellowship Award. He was selected as the Golden Reviewer of IEEE Electron Device Letters 2017 and 2019, respectively. He was the only recipient of the corporation 2014 Global GSP Success Award by Rain Bird Corporation, Tucson, U.S.A.

He is a current Associate Editor of IEEE ACCESS, and an Area Editor of MICROWAVE AND OPTICAL TECHNOLOGY LETTERS. He is a current committee member of MTT-28 Biological Effects and Medical Applications. His appointments at IEEE NSW Section, Region 10, include the committee member of IEEE NSW Section, the Treasurer (2018-2049) and the Vice Chair (2020) of IEEE NSW AP/MTT Joint Chapter, the Secretary (2019) of IEEE NSW PH/ED/SSC/CAS Joint Chapter and the Inaugural Committee/Treasurer (2020) of IEEE NSW Electron Devices Chapter. He also served as TPC member and session chairs of many conferences in Region 10.