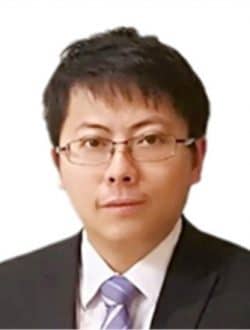 Xun Luo received the B.E. and Ph.D. degrees in electronic engineering from the University of Electronic Science and Technology of China (UESTC), Chengdu, China, in 2005 and 2011, respectively.

From 2010 to 2013, he was with Huawei Technologies Co., Ltd., as the Project Manager to guide R&D Projects of multi-band microwave/mm-wave integrated systems for backhaul and wireless communication. Since 2015, he has been with UESTC as a Full Professor and appointed as the Executive Director with the Center for Integrated Circuits. Before joined UESTC, he was an Assistant Professor with the Department of Microelectronics, Delft University of Technology. He has authored or co-authored more than 80 journal & conference papers. He holds 24 granted patents in the area of wireless application. His current research interests include the RF/microwave/mm-wave integrated circuits, multiple-resonance THz modules, reconfigurable passive circuits, smart antennas with sensor network, artificial-intelligence microsystems, multi-function backhaul/wireless application, and system in package.