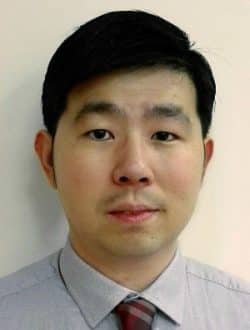 Xiaobang Shang (M’13–SM’19) received the BEng degree (First Class) in Electronic and Communication Engineering in 2008 and the PhD degree in Microwave Engineering in 2011 from the University of Birmingham, UK. His doctoral research concerned micro-machined terahertz circuits and design of multi-band filters. After graduating he continued working at the University of Birmingham as a Research Fellow.

Since 2017, Xiaobang has been with the National Physical Laboratory (NPL), UK, as a Senior Research Scientist. His main role at NPL is to develop measurement techniques at millimetre-wave and terahertz frequencies for communications and electronics technologies. His research interests include microwave measurements, microwave filters, and micromachining techniques.

Dr Shang is the Representative of Group 4 countries (UK, Ireland, Gibraltar, Malta) on the European Microwave Association (EuMA) General Assembly, for a three-year term (2022-2024). He was the recipient of several prestigious awards including the ARFTG Microwave Measurement Student Fellowship Award in 2009, the IEEE Tatsuo Itoh Award in 2017 and the ARMMS Steve Evans-Pughe Prize in 2017. He has published over 90 scientific papers on microwave measurements and microwave circuits and contributed to 2 Best Practice Guides for on-wafer measurement.