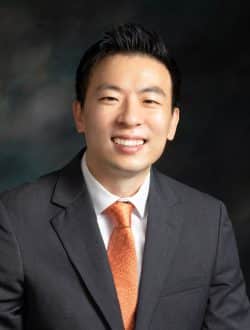 Wonbin Hong (홍원빈) received his B.S. in electrical engineering from Purdue University, West Lafayette in 2004 and Masters and Ph.D. also in electrical engineering from the University of Michigan, Ann Arbor in 2005 and 2009 respectively. From 2009 to 2016, he was with Samsung Electronics as a principal and senior engineer participating and leading extensive R&D tasks for upcoming wireless applications including MIMO, wireless power transfer and millimeter-wave wireless solutions. As of 2016 February, Dr. Hong is with the Department of Electrical Engineering at POSTECH (Pohang University of Science and Technology) as an associate professor. He currently holds Mueunjae Chaired Professorship.

He has well over a decade of extensive research and development experience with primary interest in future wireless communication antennas and RF circuits, mesoscale and nanoscale transparent electronics, IoT/Wearable devices based on advanced electromagnetics and 3D packaging. Dr. Hong is one of the first researchers to pioneer the concept and design of millimeter-wave antennas and RF front-ends in the field of consumer electronics including mobile terminals and access points for the much anticipated ultra-fast broadband wireless solutions such as 5G and 6G. He has authored and co-authored more than 120 peer-reviewed journals, conference papers, two book chapters and is the inventor of more than 50 granted and 130 pending patents.

Dr. Hong is the recipient of numerous recognition. Prof. Hong receved the ‘Scientist of the Month’ by the Ministry of Science and ICT, and National Research Foundation of Korea. Prof. Hong also received an official commendation from the Minister of Science and ICT on the 55th Annual Invention Day hosted by the Korean Intellectual Property Office. He was recognized for his contribution of inventing and commercializing the source technology on 5G millimeter-wave. As a faculty, he was elected as a Muenjae Chair Professor for his academic accomplishments in 2020. During his tenure at Samsung, he received various accolades such as the Outstanding Researcher of the Year Award, Outstanding Mentor of the Year Award, Major Achievement Award, Annual Inventor Award and the Samsung Best Paper Award. Owing to his accomplishments, he was promoted to the rank of Principal Engineer within the shortest period in the history of the business division at Samsung. Dr. Hong was also awarded several fellowships and scholarships including the Samsung Scholarship Award for Graduate Studies, the Rappaport Wireless Scholarship, the NASA Summer Undergraduate Research Fellowship, A.F. Welch Scholarship, Donald McQuinn Scholarship etc. His students have received recognition including the 1st Place Best Student Paper Award in the 2020 IEEE AP-S Symposium on Antennas and Propagation , Best Student Paper Award IEEE European Conference on Antennas and Propagation (EuCAP) 2020, 2018 Outstanding Master’s Student, Electrical Engineering Department of POSTECH, Silver Medal in the 14th Samsung Electro-Mechanics Best Paper Award 2018, 1st Prize Best Student Paper Award in 2018 IEEE International Symposium on Antennas and Propagation (ISAP), and Best Paper Award in 2017 ISMOT.

As a senior member of the IEEE, he has served as the technical program committee for the 2019, 2018 IEEE ISAP, 2018, 2017 IEEE RFIT, 2017 ISMOT, 2017 ACES-China, 2017 IEEE EuCAP, 2017 IEEE iWAT, IEEE iWAT 2016, 2015, IEEE IMWS-Bio 2014/2013, and session chairs at numerous IEEE AP-S past events. Since June 2017, he is a member of the Technical Committee of IEEE MTT-6 Microwave and Millimeter-wave Integrated Circuits. Prof. Hong is also serving as the member of two Technical Committees of the AP-S: Antenna Measurement Technical Committee and the Industrial Initiative Committee as of 2018. He is currently a reviewer of various peer-reviewed publications including the IEEE Transaction on Antennas and Propagation, IEEE Communication Magazine, IEEE Transaction on Components, Packaging and Manufacturing, IEEE Microwave and Wireless Components Letters, IEEE Antennas and Wireless Propagation Letters, Electronic Letters, Journal of Electromagnetic Engineering and Science, Nature Electronics and related conferences.

As of April 2017, Dr. Hong is serving as the vice chairman of the Open Connectivity Forum Korea (OCFK), the primary interest group dedicated to the certification programs for devices involved in the Internet of Things (IoT). From September 2017 to February 2020, he served as the deputy director of POSTECH Information Research Laboratories (PIRL), an independent think tank within POSTECH dedicated to research and education of advanced communications and artificial intelligence related topics.

Dr. Hong has been involved in more than 20 government, industry research projects and currently serves as a technical consultant to numerous multinational tech firms such as Samsung Electronics, LG Electronics, SK Telecom, Sumitomo Chemical, Corning and several other confidential leaders in industry and government agencies.