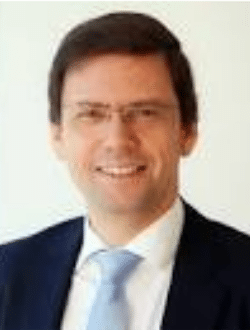 Wolfgang Heinrich received the Dipl.-Ing., Dr.-Ing. and habilitation degrees in 1982, 1987, and 1992, respectively, all from the Technical University of Darmstadt, Germany. Since 1993, he has been with the Ferdinand-Braun-Institut (FBH) at Berlin, Germany, where he is head of the microwave department and deputy director of the institute. Since 2008, he has also been professor at the Technical University of Berlin. His present research activities focus on MMIC design with emphasis on GaN power amplifiers, mm-wave packaging, and electromagnetic simulation.

Prof. Heinrich has authored or coauthored more than 250 publications and conference contributions. He served as Distinguished Microwave Lecturer for the term 2003/2005, as chairman of the German IEEE MTT/AP Chapter from 2002 to 2007, as chair of the MTT-12 Committee on interconnects, packaging, and manufacturing from 2006 through 2008, and as Associate Editor of the IEEE Transactions on MTT from 2008 until 2010. Also, he was General Chair of the 2007 European Microwave Week in Munich, Germany.

Wolfgang Heinrich became President of the European Microwave Association on 1 January 2010, in succession to the retiring President, Professor Roberto Sorrentino. Professor Heinrich is the chairman of the EuMA General Assembly and the Board of Directors.