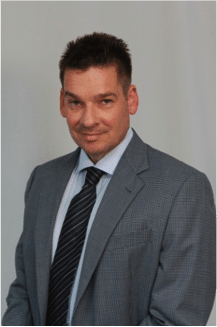 Dr. Bill (William) Deal is an IEEE senior member, and is actively involved with the MTT society. He served as the MTT-S Coastal Los Angeles Section chair from 2007-2009, is a member of technical committee MTT-4 (Terahertz Technology and Applications), and has served on several IMS steering committees. Dr. Deal received the Outstanding Young Engineer Award in 2009, and the 2012 IEEE MTT-S “Tatsuo Itoh” Best Paper Award for his work on Sub-Millimeter Wave Electronics.

Dr. Deal is a staff engineer in Northrop Grumman’s RF Product Center where he is involved in the development of MMIC electronics. For the last seven years he has been actively involved in pushing MMIC operating frequencies into the Submillimeter wave range. Under his technical leadership, the operating frequencies of InP HEMT low noise amplifiers and power amplifiers have increased to 670 GHz have been demonstrated. Bill has led the development of the first transistor based receivers and transmitters operating in the Submillimeter wave frequency band. In addition to MMIC design, Bill’s technical interests include modeling, metrology and packaging of MMICs operating at Submillimeter wave frequencies.

He earned his B. S. Degree in Electrical Engineering from University of Virginia in 1996, M.S. and Ph.D. degree from University of California, Los Angeles in 1998 and 2000, respectively. He has authored and co-authored more than 80 journal and conference papers, as well as 4 book chapters.