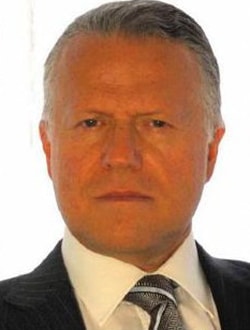 Professor Vittorio Rizzoli was born January 26, 1949 and  passed away on August 25, 2021. He earned his degree in Electronic Engineering in 1971 at the University of Bologna, Italy. He worked at the Hewlett Packard Company (USA) prior to joining the University of Bologna as a Research Assistant teaching a course on microwave integrated circuits. He was elevated to Full Professor in Electromagnetic Fields at the University of Bologna in 1980. His main focus was on modern CAD techniques as applied to electromagnetic (EM) design of microwave and millimeter-wave integrated circuits. This work afforded him the opportunity to author or co-author more than 220 technical papers. Many of these have been published in refereed international journals or presented at international meetings.

For a period of 15 years, Professor Rizzoli coordinated a practical research program between the University of Bologna, and Compact Software Inc. (USA). This association of academic and industrial entities was aimed at the development of the first general purpose software suite for nonlinear microwave circuit simulation and design. This resulted in design tools that were used by industrial R&D labs worldwide for many years.

Professor Rizzoli was also a major contributor to the worldwide microwave community. He was a member of the Editorial Board of the IEEE Microwave and Wireless Components Letters, the IEEE Transactions of Microwave Theory and Techniques, and the Journal of RF and Microwave Computer Aided Engineering. He also served on the Technical Program Review Committees of many European Microwave Conferences (EuMC) and as the General Chair of the 1995 EuMC, held in Bologna.  Professor Rizzoli received several prestigious awards. In 2018 he was the first to receive the prestigious “Pioneer Award” of the EuMA for his pioneering contribution in the field of microwave CAD. In addition, he was an IEEE Fellow, a member of TC MTT-1, the technical committee of computer-aided design and organized several workshops on CAD.