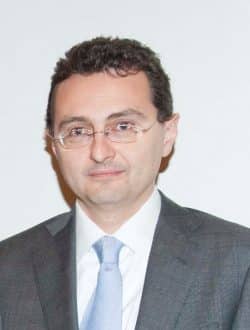 In 1993 he joined the “Departamento de Comunicaciones”, Universidad Politécnica de Valencia, where he has been Full Professor on “Transmission Lines” and “Microwaves” since 2003. In 1995 and 1996, he was holding a Spanish Trainee position with the European Space Research and Technology Centre, European Space Agency (ESTEC-ESA), Noordwijk, The Netherlands, where he was involved in the area of EM analysis and design of passive waveguide components. Up to now, he has co-authored 15 chapters in technical textbooks, 180 papers in refereed international technical journals, and over 200 papers in international conference proceedings. His current research interests are focused on the analysis and automated design of passive components (in particular filters and multiplexers) and artificial transmission line structures in several technologies, as well as on the simulation and measurement of power effects in high-frequency passive components and sub-systems.

In 2006, he co-funds the spin-off company Aurora Software and Testing (AURORASAT), where he has been Senior Scientific Advisor until its full acquisition by CST and Dassault Systèmes in 2016. Since 2010, he is the President of the Executive Commission of Valencia Space Consortium (VSC), a public body for promoting and developing scientific, technological and dissemination activities on the Space sector. Together with ESTEC-ESA, VSC runs the European High Power RF Space Laboratory located at the Scientific Park (Polytechnic City of Innovation) of UPV.

Prof. Boria has been a member of the IEEE Microwave Theory and Techniques Society (IEEE MTT-S) and the IEEE Antennas and Propagation Society (IEEE AP-S) since 1992. He is also member of the European Microwave Association (EuMA), and has been the Chair of the 48th European Microwave Conference (EuMC) held in Madrid, Spain. He acts as a regular reviewer of the most relevant IEEE and IET technical journals on his areas of interest. He has been Associate Editor of IEEE Microwave and Wireless Components Letters (2013-2018) and IET Electronics Letters (2015-2018). Presently, he serves as Subject Editor (Microwaves) of IET Electronics Letters, and as Editorial Board member of International Journal of RF and Microwave Computer-Aided Engineering. He is also member of the Technical Committees of the IEEE-MTT International Microwave Symposium (IMS) and of the EuMC.

An overview of all-metal waveguide filters for satellite payloads is offered in this talk. Initially, an historical evolution of this filtering technology, including typical electrical and mechanical requirements, is outlined. Next, recent advancements in full-wave analysis methods and automated design procedures of these filters are reviewed. Then, a Computer-Aided Design (CAD) tool based on such techniques (i.e. FEST3D “Full-Wave Electromagnetic Software Tool for 3D Waveguide Components”) is introduced, and its practical application to the analysis and design of several examples of satellite filters is presented. In particular, direct-coupled rectangular waveguide filters, E-plane waveguide technology, dual-mode filtering prototypes and evanescent mode waveguide filters are considered. Classical topologies, as well as more novel configurations for each filter class, are discussed.