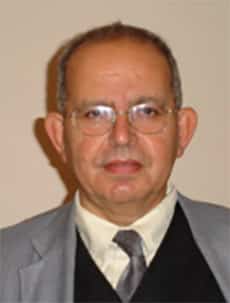 Victor Fouad Hanna was born in Cairo, Egypt on November 1, 1944. He received the B.Sc degree (honours) in electronic engineering from Cairo University, Cairo, Egypt in 1965, and the M.Sc. degree in microwave engineering from Alexandria University, Alexandria, Egypt in 1969. He received the D.Sc. degree [Doctorat -Sciences Physiques (doctorat d’Etat)] from l’Institut National Polytechique (I.N.P.), Toulouse, France in 1975. He was a research assistant in the National Research Center, Cairo, Egypt and the microwave laboratory of the « I.N.P. », Toulouse, France from 1965-1970 and 1970- 1975 respectively. From 1975-1979 he was a researcher in the Electrical and Electronics Engineering Laboratory, National Research Center, Cairo, Egypt engaged in research in the field of microwave theory and techniques and microwave solid state devices. From 1979-1997, he was in the Centre National d’Etudes des Télécommunications, France where he was expert in microwave theory and techniques and was responsible for the group, Application of Electromagnetic theory in microwave and millimeter circuits in its Satellite Telecommunications Systems division. Since 1997, he is a professor at the University Pierre et Marie Curie (University of Paris 6) in the electronic department. His current research interests deal with electromagnetic theory, numerical methods for solving field problems, characterization of microstrip-like transmission lines, millimeter-wave transmission lines and bio-electromagnetism. He is an author and co-author of more than 363 articles. He is a fellow member of IEEE and was selected as recipient of the IEEE third Millenium medal. He was the chairman of the Commission B of the URSI IN France from 2001 to march 2004. He was the president of the IEEE France Section during the period 2002-2005. He is Emeritus Member of the “SEE” (French Society for Electrical and Electronic Engineers) and Chair of its International Relations Committee since june 2005.He is a member of the Region 8 IEEE Educational Activities Committee since January 2003 and a chair of this committee for 2004,2005 and 2006. He is a member of the region 8 Awards and Recognition Committee since January 2007 and chair of this committee for 4 years (from 2007 to 2010). He is elected a member of the IEEE Fellow committee for the years 2008 and 2009. He is appointed « Chevalier dans l’Ordre national de la Légion d’Honneur » by the president of the French Republic since 01/01/2011 for his 45 years of professional activities.