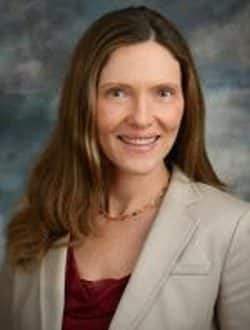 Vesna Radisic received the Bachelor’s of Science Degree in Electrical Engineering from University of Belgrade, Serbia in 1991 and was ranked at top of her class. She received M.S. degree from University of Colorado at Boulder in 1993 and Ph.D. degree from UCLA in 1998, both in Electrical Engineering. During her graduate studies, she conducted research in microwave power amplifier design, high performance planar antennas, and defective ground structures (DGS). By utilizing frequency sensitive impedances of the antenna element as a load to the power amplifier, Vesna was the first to demonstrate harmonic regeneration in an active integrated antenna power amplifier. For her work on active antennas combined with DGS filter, Vesna received Third Place in the Student Paper Competition at 1998 IEEE International Microwave Symposium in Baltimore, MD.

From 1999 to 2001, Vesna worked for HRL Laboratories, LLC, as a research staff member developing MMICs for space application and developed several integrated circuits operating at frequencies above 80 GHz. Several components including frequency sources, frequency doublers and amplifiers were developed utilizing coplanar waveguide (CPW). This work was awarded NASA Certificate of Recognition in 2002. From 2001 to 2002, Vesna was with OpNext, Inc, as a senior design engineer. She demonstrated ultra-broadband differential amplifiers for 40 Gb/s electro-absorption modulation driver, which is one of the most challenging physical layer integrated circuit in a 40 Gb/s system.

Dr. Vesna Radisic is a Senior Section Head at Northrop Grumman’s RF Product Center MMIC Design Group. There she mentors a team of MMIC design engineers, as well as pursuing her own development efforts in mm-wave MMIC design. At Northrop Grumman, she has designed the first HBT and HEMT based fundamental oscillators working above 300-GHz. She has developed a 346 GHz HEMT oscillator MMIC, which is the highest frequency oscillator demonstrated using a 3-terminal device. She has been at Northrop Grumman since 2002. Vesna also enjoys being active in MTT Society. She was University Liaison for 2005 IEEE International Microwave Symposium. She is also member of the steering committee for 2007 IEEE International Symposium. She is a reviewer for IEEE Microwave Wireless Components Letters and IEEE Transactions on Microwave Theory and Techniques. Vesna is also member of Technical Program Committee (TPC) for IEEE Radio and Wireless Symposium in Long Beach, 2007 and IEEE International Microwave Symposium in Honolulu, 2007. Vesna has authored and co-authored 38 journal and conference papers, as well as 3 book chapters. Her work has been cited over 200 times.