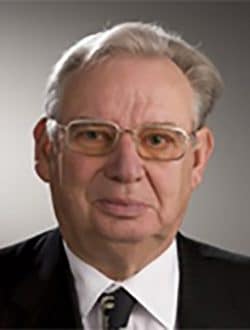 Prof. Dr. Ing. habil Ulrich L. Rohde is a Partner of Rohde & Schwarz, Munich Germany; Chairman of Synergy Microwave Corp., Paterson, New Jersey; President of Communications Consulting Corporation; serving as an honorary member of the Senate of the University of the Armed Forces Munich, Germany honorary member of the Senate of the Brandenburg University of Technology Cottbus–Senftenberg, Germany; past member of the Board of Directors of Ansoft Corporation, Pittsburgh, Pennsylvania.

The Perfect Universal Receiver: How would it look like today?

Modern HF Receivers must fulfill a variety of requirements e.g. sensitivity, robustness and many others. Key requirements are often directly leading to RF concepts and architectures with their specific advantages and disadvantages. But how would the perfect universal receiver look like today which combines all available technologies into a most modern concept for a software defined receiver approach? As an example we use an HF receiver covering 30KHz to 30MHz, the range can easily be extended to the microwave range.