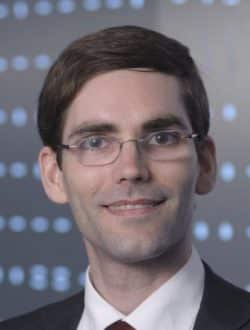 Dr. Palacios received his PhD from the University of California – Santa Barbara in 2006, and since that year he leads the Advanced Semiconductor Materials and Devices Group at the Microsystems Technology Laboratories of the Massachusetts Institute of Technology. His research focuses on the development of new electronic devices to advance the fields of information technology, biosensors and energy conversion. He is especially interested in the combination of new materials (GaN and graphene), nanotechnologies and novel devices concepts. Dr. Palacios’ work has been recognized with several awards such as the 2009 ONR Young Investigator Award, the 2009 NSF CAREER Award, the 2008 DARPA Young Faculty Award, the 2006 UCSB Lancaster Award, the Young Researcher Award at the 6th International Conference on Nitride Semiconductors, the Best Student Paper Award at the 63rd IEEE Device Research Conference, and the European Prize Salva i Campillo. Tomas Palacios has authored more than 100 contributions on advanced semiconductor devices in international journals and conferences, 30 of them invited, and several book chapters and patents. Dr. Palacios contributions also include serving on the program committee of the International Electron Device Meeting, the Device Research Conference, the International Conference on Nitride Semiconductors. Dr. Palacios is a member of the Institute of Electrical and Electronics Engineers and the American Physical Society.