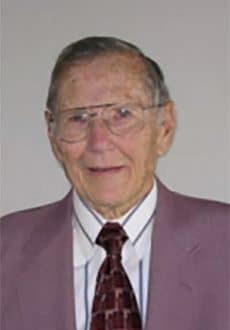 Mr. Hyltin graduated from the University of Texas at Austin in 1957. During is senior year he worked half time as a Research Associate at the University
of Texas Balcones Research Laboratory working in the Millimeter Research Laboratory. Here he did a wide variety of instrumentation equipment for the
various researches of the laboratory and for PhD Candidates. He joined Texas Instruments Equipment Group in 1958 to be a part of their microwave applications of semiconductor devices research program under Dr. Lee Strom. Here he did work on parametric amplifi ers from 1000 GHz. to 35 Ghz. signal
frequencies. The bulk of his work was on varactor frequency multipliers.
Here he coauthored with Dr. K. L. Kotzebue “A Solid-State Microwave Source from Reactance Diode Harmonic Generators” which he presented at the 1960
PGMTT convention. This was later reprinted in “Selected Papers on Semiconductor Microwave Electronics” by S. N. Levine and R. R. Kurzov, Dover Publications, 1964. This paper was later translated into four languages and published widely abroad. A paper entitled “The Performance of Harmonic Generators Using Reactance Diodes
was presented at the 1961 IRE Winter Convention on Military Electronics. Other papers on similar subject matters were published in a variety of technical publications.
In 1964 in Mr. Hyltin’s microstrip experience and growing exposure to semiconductor technology resulted in a non-conventional proposal to the Air Force Avionics Lab’s request for
proposal for “airborne radar development to make maximum use of advanced semiconductors.” He proposed building an X-Band solid-state phased array using monolithic microwave integrated circuits. As a fi rst step, during the proposal phase, he investigated microstrip transmission on high resistivity silicon and on semi-insulating gallium arsenide. This
work was described by Mr. Hyltin at the 1965 G-MTT symposium. Shortly thereafter he designed the fi rst monolithic microwave circuit ever fabricated, with Mr. Al Ertel, an X-Band
T-R switch. Other circuits followed shortly thereafter.
The rapid spread of this technology led to a session on Microwave Integrated Circuits at the 1966 IEEE International Convention. Here, Mr. Hyltin presented a paper on “Microwave Integrated
Circuits in Phased Array Radars.” Following this was a number of speaking engagement both in the US and abroad. Among these was to be co-keynote speaker at the 1967 International
Solid State Circuits Conference, discussing “Microwave Integrated Electronics for Communication Systems.” Shortly thereafter he was invited to join the Department of Defense Research &
Engineering’s Advisory Group on Electron Devices. He was also invited to contribute a chapter on “Solid State Radar” to the Radar Handbook edited by Dr. Merrill Skolnik
In 1970 Jack Kilby, who later would receive the Nobel Prize, resigned from Texas Instruments, and he had under him several important customer funded development programs. Mr Hyltin
was asked to leave the MERA radar and other microwave programs and take over the development programs formerly under Mr. Kilby.
At the conclusion of these development programs Mr. Hyltin had the opportunity to organize a liquid crystal manufacturing fi rm, and left Texas Instruments in 1973. Mr. Hyltin served as
President from the organization in 1973 until its sale to Commodore in 1979.
Mr. Hyltin served Commodore Computers as its Vice President, Research and Development until the dominance of the IBM PC came, and after that he retired and did consulting work for
several fi rms, including Litton Microwave Division.