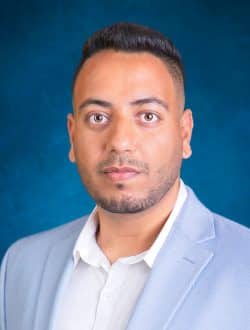 Tejinder Singh received the Ph.D. degree (with highest academic honor) in electrical and computer engineering from the University of Waterloo, Waterloo, ON, Canada, in 2020. He is currently a Postdoctoral Scholar at NASA Jet Propulsion Laboratory (JPL), California Institute of Technology (Caltech), Pasadena, CA, USA and a Research Associate with the Centre for Integrated RF Engineering (CIRFE), Department of Electrical and Computer Engineering, University of Waterloo, Waterloo, ON, Canada. He held a Microelectronics R&D Engineer position in industry from 2010 to 2012. From 2014 to 2015, he served as a University Instructor/Lecturer. He served as Chair of the ECE-Graduate Student Association, at the University of Waterloo from 2017 to 2018. He has authored or coauthored several research publications.

His current research interests include designing, modeling, characterization, and fabrication of phase change materials (PCMs) and microelectromechanical systems (MEMS) based RF devices for microwave and millimeter-wave (mmWave) applications. He is an Associate Editor of Microsystem Technologies journal published by Springer Nature, Germany and serves as a Topic Editor in mmWave area in Electronics published by MDPI. He is a reviewer of many top-tier academic journals including more than twelve IEEE Journals.

Dr. Singh is a recipient of the Governor General’s Gold Medal, one of the highest Canadian honors in academic and research for his academic excellence and outstanding doctoral research. He has received highly competitive and prestigious federal awards from the Natural Sciences and Engineering Research Council of Canada (NSERC) including a Postdoctoral Fellowship from 2020 to 2022 and Vanier Canada Graduate Scholarship from 2017 to 2020. He has also received the President’s Graduate Scholarship from 2017 to 2020, the Waterloo Institute of Nanotechnology (WIN) Nanofellowship from 2016 to 2017 and from 2017 to 2018. He has been awarded the Young Engineer Award from the European Microwave Association (EuMA) and GAAS Association in 2021 and the Brian L. Barge Microsystems Integration Award from Canada Microsystems (CMC) in a Canada-wide research competition. His research contributions have been bestowed numerous accolades including the IEEE Harold Sobol Grant in 2019, First Place in the Student Paper Competition and Best Paper Award at IEEE MTT-S Int. Microw. Symp. (IMS 2019), Student Paper Finalist in IMS 2020 and 2021, Best Paper Award at IEEE MTT-S Int. Microw. Workshop Series on Adv. Mater. Processes (IMWS-AMP 2018), the University of Waterloo Faculty of Engineering Award (six-times) between 2015 and 2019, the EuMA Student Award in 2018, CMC Microsystem’s Micro-Nanotechnology Award in 2019, and Distinguished TA Award from the Department of Electrical and Computer Engineering, University of Waterloo in 2017 to name a few.