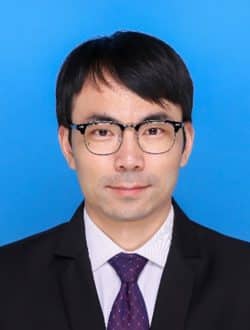 University of Electronic Science and Technology of China

Tao Yang received the B.Eng. and Ph.D. degrees from the University of Electronic Science and Technology of China (UESTC), Chengdu, China, in 2005 and 2011, respectively.

He is currently a full professor in University of Electronic Science and Technology of China (UESTC). From January 2016 to September 2017, he has been a R&D IC engineer with Broadcom Ltd. (Legacy Avago), San Jose, CA, working on RF filter designs using FBAR technology and PA-filter module designs. From April 2014 to February 2016, he was a senior hardware engineer with Qualcomm Inc, San Diego, CA, and worked on development of RF passive components using CMOS and SOI technologies. From October 2012 to April 2014, he was with the Department of Electrical and Computer Engineering, University of California at San Diego (UCSD), working on tunable RF microwave circuit and systems. From August 2011 to September 2012, he worked as a scientific researcher with the Université de Rennes 1, Rennes, France. From September 2008 to September 2010, he was a visiting scholar with the Electrical Engineering Department, University of California at Los Angeles (UCLA).

His research includes reconfigurable microwave and millimeter-wave circuit and system; metamaterial-based microwave circuits; design and development of RF components for highly integrated RF integrated circuits in CMOS, silicon-on-insulator (SOI), GaAs, and GaN technologies, and development of high-Q film bulk acoustic resonators (FBARs) and filters. He has authored over 80 journal and conference papers. He is serving as a reviewer for several prestigious journals on RF/microwave circuit and systems including the IEEE Transactions on Microwave Theory and Techniques and the IEEE Microwave and Wireless Component Letters.