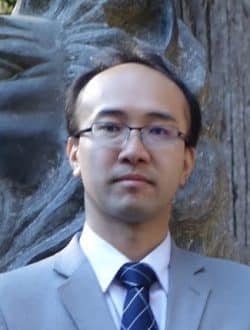 Takashi Shimizu received the B.E. and M.E. degrees in electrical and electronic engineering, and a Ph.D. degree from Saitama University, Saitama, Japan in 1999 and 2001, and 2004, respectively. From 2004 to 2007, he was a Researcher in the High-Tech Research Center, Tohoku Institute of Technology. In 2007, he was a Researcher at Saitama University, and then he moved to the Tokyo Institute of Technology as a Researcher. He became an Assistant Professor in the Graduate School of Engineering, Utsunomiya University, Tochigi, Japan in 2009. He is currently an Associate Professor at Utsunomiya University. His interests are measurements of dielectric material in the microwave and millimeter-wave region and millimeter-wave passive devices and their packaging. He is a member of the Institute of Electrical and Electronics Engineers(IEEE), the Institute of Electronics, Information and Communication Engineers (IEICE), the Institute of Electrical Engineers of Japan (IEEJ), and the Japan Institute of Electronics Packaging (JIEP). He was the awarded IEICE Young Engineer Award in 2005, the APMC2006 Prize in 2006, and IEEE MTT-S Japan Young Engineer Award in 2016, respectively.