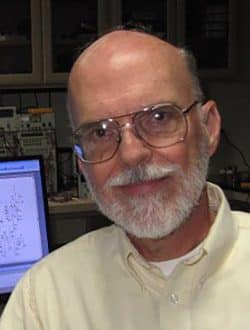 Stephen Maas received BSEE and MSEE degrees in Electrical Engineering from the University of Pennsylvania in 1971 and 1972, respectively, and a Ph. D. in Electrical Engineering from UCLA in 1984. He has been involved in research, design, and development of low-noise and nonlinear microwave circuits and systems at the National Radio Astronomy Observatory (where he designed the receivers for the Very Large Array), Hughes Aircraft Co., TRW, the Aerospace Corp., and the UCLA Department of Electrical Engineering. Subsequently he worked as an engineering consultant and founded Nonlinear Technologies, Inc., a consulting company, in 1993. He was a principal and Chief Scientist of AWR Corporation, now part of Cadence Design systems, and has contributed substantially to the circuit simulator Microwave Office.