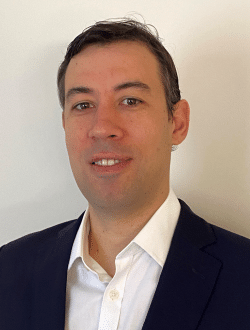 Dr Stephen Hanham is a Senior Lecturer and Senior Birmingham Fellow in the Department of Electronic, Electrical and Systems Engineering at the University of Birmingham, U.K. His research interests include electromagnetics, plasmonics, nanomaterials, antennas, and terahertz and microwave technologies. He received his B.E. and B.Sc. degrees from the University of Western Australia in 2004 and the Ph.D. degree from the University of Sydney, Australia in 2010. From 2008 to 2010 he was a Research Project Officer and later a Systems Engineer at the Commonwealth Scientific and Industrial Research Organisation (CSIRO) in Sydney, Australia working in the areas of electromagnetics and antennas, primarily aimed towards the terahertz band. From 2010 to 2017 he worked as a Postdoctoral Research Associate and then Experienced Researcher in the Physics and Materials Departments at Imperial College London researching terahertz plasmonics, near-field imaging and liquid sensing. He has co-authored over 70 publications spanning the domains of electronic engineering, physics and material science.