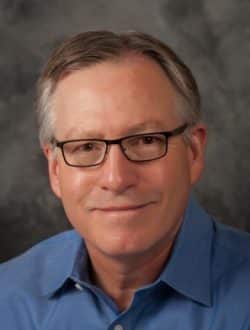 Stephen M. Goodnick (M 1987; SM 1990; F 2004) is currently the David and Darleen Ferry Professor of Electrical Engineering at Arizona State University.  He received his Ph.D. degrees in electrical engineering from Colorado State University, Fort Collins, in 1983, respectively. He was an Alexander von Humboldt Fellow with the Technical University of Munich, Munich, Germany, and the University of Modena, Modena, Italy, in 1985 and 1986, respectively. He served as Chair and Professor of Electrical Engineering with Arizona State University, Tempe, from 1996 to 2005. He served as Associate Vice President for Research for Arizona State University from 2006-2008, and presently serves as Deputy Director of ASU Lightworks.  He was also a Hans Fischer Senior Fellow with the Institute for Advanced Studies at the Technical University of Munich.  Professionally, he served as President (2012-2013) of the IEEE Nanotechnology Council, and served as President of IEEE Eta Kappa Nu Electrical and Computer Engineering Honor Society Board of Governors, 2011-2012.  Some of his main research contributions include analysis of surface roughness at the Si/SiO2 interface, Monte Carlo simulation of ultrafast carrier relaxation in quantum confined systems, global modeling of high frequency and energy conversion devices, full-band simulation of semiconductor devices, transport in nanostructures, and fabrication and characterization of nanoscale semiconductor devices.  He has published over 450 journal articles, books, book chapters, and conference proceeding, and is a Fellow of IEEE (2004) for contributions to carrier transport fundamentals and semiconductor devices.