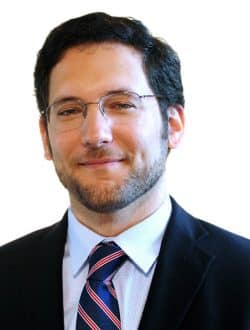 Spyridon Pavlidis received the M.Eng degree in Electrical and Electronic Engineering from Imperial College London in 2010, and the Ph.D. degree in Electrical and Computer Engineering from the Georgia Institute of Technology in 2016. Prior to joining the faculty in the Department of Electrical and Computer North Carolina State in 2018, he was a post-doctoral researcher in the School of Materials Science and Engineering at the Georgia Institute of Technology. Dr. Pavlidis’s research interests lie at the intersection of electronic materials, devices, packaging and circuits. A core application of this research has been high-frequency, high-power amplifiers using novel III-Nitride devices, and has also extended to large signal device characterization, PA design, thermal/reliability analysis, and 3-D integration of heterogeneous materials/devices. In addition to III-Nitrides, Dr. Pavlidis has contributed to the development of metal oxide and 2D material-based thin film transistors for flexible electronics and sensing. Dr. Pavlidis is the recipient of 2015 EuMC Young Engineer Prize, 2014-2016 ORISE/AFRL Fellowship, 2013 National Science Foundation East Asia and Pacific Summer Institutes (EAPSI) Fellowship, the 2010 Outstanding Teaching Assistant Award from the Georgia Tech School of Electrical and Computer Engineering, and the 2010 Nick Battersby Prize for ‘Excellence in Analogue Electronics’ from Imperial College London. He is a member of the IEEE, and his research has been published in several refereed journals such as the IEEE Transactions for Microwave Theory and Techniques, IEEE Transactions for Electron Devices, Applied Physics Letters, IOP Semiconductor Science and Technology and Advanced Functional Materials. He also serves as a reviewer for many of these journals and conferences in the microwave area, and was a recent Guest Editor for a recent Special Issue in IEEE Microwave Magazine.