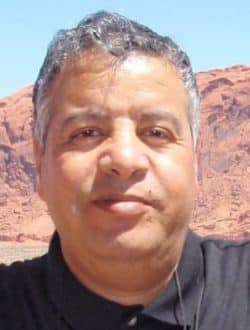 Smail TEDJINI, Doctor in Physics from Grenoble University in 1985. He was Assistant Professor at the Electronics Dpt. of Grenoble Institute of Technology (Grenoble-INP) from 1981 to 1986, and Senior Researcher for the CNRS (Research French National Center) from 1986 to 1993. He became University Full Professor in 1993 and since 1996 he is Professor at the esisar, Embedded Systems Dpt. of Grenoble-inp. His main teaching topics concern Applied Electromagnetism, RadioFrequency, Wireless Systems and Optoelectronics. Now he has more than 35 year-experience in academic education, Research and management of university affairs.

He served as coordinator and staff member in numerous academic programs both for education and research. He was coordinator for Ph.D. program, Master and Bachelor Programs for the Universities at Grenoble, some of these programs are under collaboration with international universities from Europe, Canada, Brazil, India, Vietnam, Egypt, Tunisia, Algeria) He served as the Director of esisar, Dpt. of Grenoble-inp. He is involved in academic research supervision since 1982. His main topics in research are applied electromagnetism, modeling of devices and circuits at both RF and optoelectronic domains. Current research concerns wireless systems with specific attention to RFID technology and its applications.

He is the founder in 1996 and past Director of the LCIS Lab. Now, he is project manager within ORSYS group that he leaded until 2014 and founded 18 years ago. He supervised more than 40 PhD and he has more than 300 publications. He between 2015 and 2018 he was invited professor at the Universidad Federal Campina Grande (Brazil).  He serves as Examiner/reviewer for tens of Ph.D. degrees for universities in many countries (France, Germany, Finland, Spain, Ireland, Italy, Sweden, Vietnam, Australia, Singapore, India, Brazil, Egypt, Maghreb…).

He supervised tens of research contracts with public administrations and industries. He is Member of several TPC/TPRC and serves as expert/reviewer for national and international scientific committees and conferences including journals in particular  IEEE (MTT, TAP, Sensors, MGWL, AWPL, RFID, Acess…), Piers, URSI…. He served as project expert for French and international research programs ISO, ANR, OSEO, Europe, FNQRT, CNPQ.

He organized several conferences/workshops/Summer schools and was TPC chair/co-chair in numerous conferences. He was the General Chair of IEEE RFID-TA 2012. Senior Member IEEE, Past President and founder of the IEEE-CPMT French Chapter, Vice-President of IEEE Section France (2008-2014). He was elected as the Vice-Chair of URSI Commission D “Electronics & Photonics” in 2008. He served as the Chair of URSI Commission “D” for the triennium 2011-2014. In 2015 he was elected President of URSI-France. Since 2018 he is the Vice-chair of the MTT-TC26 on “RFID, Wireless sensors and Iot”.