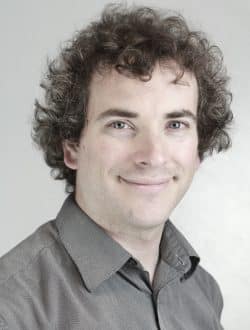 Simon Hemour (Member, IEEE) received the B.S. degree in electrical engineering from the University of Grenoble, Grenoble, France, in 2004 and the M.S. and Ph.D. degrees in optics, optoelectronics, and microwave engineering from the Grenoble Institute of Technology, Grenoble, France, in 2006 and 2010, respectively. In 2003, he was with the European Organization for Nuclear Research (CERN), Geneva, Switzerland, as a part of the Instrumentation Department, where he was involved with the ATLAS experiment on the Large Hadron Collided (LHC). From 2006 to 2007, he was a Research Assistant with the Pidstryhach Institute of Applied Problems of Mechanics and Mathematics (IAPMM), National Academy of Science of Ukraine (NASU), Lviv, Ukraine. In 2007, he joined the IMEP–LAHC MINATEC Laboratory, Grenoble, France. From 2011 to 2015, he was with the Poly-Grames Research Center, Ecole Polytechnique de Montréal, Montréal, QC, Canada, leading the wireless power transmission and harvesting research group Since 2015, he has been with University of Bordeaux, France, as an Assistant Professor of Electrical Engineering. His research interest include wireless power transfer and energy harvesting, ferrite-based RF circuits, nonlinear devices, innovative RF measurements, RF interferometry, low-power microwave, and millimeter-wave conversion circuits.

Basics of low power RF Rectifier design and beyond

This presentation will first sketch the big picture of battery-less IoT frontend needs. Core analytical expression of the rectifier will be explained for low power energy harvesting. Every energy harvesting system is tailored for its harvesting scenario: in a second part of the presentation, we will develop the concept of environment-aware IoT nonlinear circuits and describe a couple of example to demonstrate how those circuits can enhance their operational efficiencies by adapting to their radiofrequency, vibration, temperature, and location conditions.