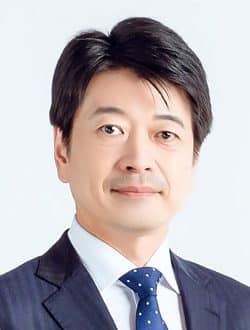 Shinichiro Ohnuki was born in Tokyo, Japan, in 1968. He received the B.S., M.S., and Ph.D. degrees in electrical engineering from Nihon University, Tokyo, in 1991, 1993, and 2000, respectively. From 2000 to 2004, he was with the Center for Computational Electromagnetics and the Electromagnetics Laboratory, Department of Electrical and Computer Engineering, as a Postdoctoral Research Associate and a Visiting Lecturer, and later as a Visiting Associate Professor, in 2012. He joined the Department of Electrical Engineering, College of Science and Technology, Nihon University, in 2004, where he is currently a Professor. His research interests include computational electromagnetics and multiphysics simulation. He was a recipient of the Research Fellowship Award from the Kajima Foundation, Tokyo, in 2000. He was a co-recipient of the Best Paper Award from the Magnetic Society of Japan, in 2013, and the Technical Development Award from the Institute of Electrical Engineers of Japan, in 2014. He has been an Editorial Board Member of the Progress in Electromagnetics Research, since 2017, a Guest Editor of Radio Science, since 2019, and the Secretary of the URSI Committee, Japan, and URSI Commission B, since 2017. He was an Associate Editor of the Applied Computational Electromagnetics Society Express Journal, in 2016. He has been an Associate Editor of the IEEE Journal on Multiscale and Multiphysics Computational Techniques, since 2018.