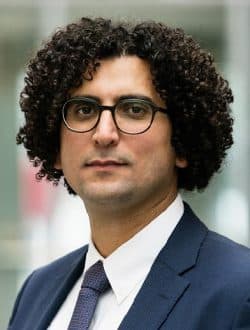 Dr. Ahmed (Senior Member, IEEE) received his M.Sc. degree in Microwave Engineering from The Technical University of Munich, Munich, Germany, in 2007, and the Ph.D. (Dr.- Ing.) degree from The University of Erlangen- Nuremberg, Erlangen, Germany, in 2013. He is currently an Adjunct Professor at Stanford University, CA, and assembles more than 15 years of professional industry experience in various R&D roles. He has co-authored 25+ research papers, 20+ patents, and a book on advanced microwave imaging methods. He was the recipient of the University Academic Award of the Technical University of Munich (TUM) in 2007, the Innovation Award of Rohde & Schwarz (R&S) in 2009 and 2018, and the IEEE MTT Microwave Prize Award of 2013. Moreover, he is a co-chair on the US ANSI standard committee for Measuring the Imaging Performance of mmWave Systems for Security Screening of Humans.

Dr. Ahmed’s R&D focus extends to microwave and mmWave imaging, stand-off THz sensing, multistatic radars, advanced signal-processing techniques, terahertz technology, and last but not least, automotive radar design and characterization. Over the past decade, he pioneered the body scanner technology with the first fully-electronic multistatic mmWave imaging systems, which are being deployed worldwide today at airport checkpoints. In the recent years, he has been advancing the qualifications of automotive radars, towards autonomous driving capabilities.