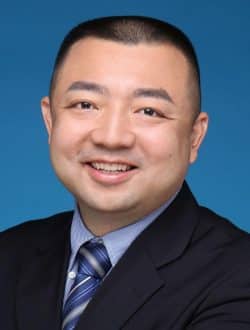 From 2005 to 2006, he was with the Institute of Microelectronics, Singapore. From 2006 to 2008, he was a Post-Doctoral Research Fellow with NTU. From 2008 to 2010, he was a Humboldt Research Fellow with the Institute of Microwave Techniques, University of Ulm, Ulm, Germany. From 2010 to 2015, he was a Research Assistant Professor with The University of Hong Kong, Hong Kong. Since 2015, he has been a Full Professor with the University of Electronic Science and Technology of China, Chengdu, China. He has authored or co-authored 1 book and 2 book chapters, and over 160 journal and conference publications. His current research interests include electromagnetic theory, computational electromagnetics, multiphysics, numerical modeling of planar circuits and antennas, microwave passive and active devices, and the microwave- and millimeter-wave communication systems.

Dr. Sun is currently a member of the Editor Board of the International Journal of RF and Microwave Computer Aided Engineering. He was a recipient of the ISAP Young Scientist Travel Grant, Japan, in 2004, the Hildegard Maier Research Fellowship of the Alexander Von Humboldt Foundation, Germany, in 2008, the Outstanding Reviewer Award of the IEEE Microwave and Wireless Components Letters. in 2010, and the General Assembly Young Scientists Award from the International Union of Radio Science in 2014. He was a co-recipient of the several Best Paper Awards of international conferences. He was an Associate Editor of the IEICE Transactions on Electronics from 2010 to 2014 and a Guest Associate Editor of the Applied Computational Electromagnetics Society Journal in 2017. He serves as an Associate Editor for IEEE Microwave and Wireless Components Letters.