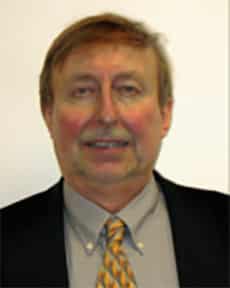 S. Jerry Fiedziuszko received a MSEE degree from the Warsaw University of Technology in 1967 and a Ph.D degree from the
Institute of Electron Technology. Presently he is a Vice President of Engineering at Com Dev USA, CA. Previously he had
held engineering and leadership positions at Space Systems/LORAL(formerly Ford Aerospace) and Lockheed Martin Space
Systems.
S. Jerry Fiedziuszko graduated with distinction, received the Ford Aerospace Exceptional Inventor Award, Ford Aerospace
Outstanding Principal Investigator Award, SS/L Exceptional Inventor Award (3 times), the 1990 Aerospace Laurels Award
from “Aviation Week” and 2008 Technical Excellence Award from Lockheed Martin. He serves as a reviewer for the IEEE
Transactions on Microwave Theory and Techniques, MGWL, IEE Proceedings and the Electronics Letters (Great Britain). He is
a Fellow of IEEE, Fellow of AIAA, and he is a recipient of the IEEE Third Millennium Medal. He has published more than 100
journal and conference papers and has 28 US patents granted (with several pending).