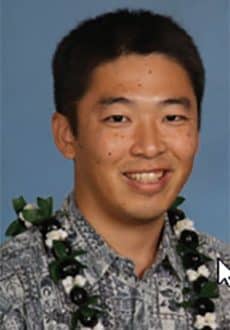 Ryan Miyamoto (M’97-SM’07) received the B. S. degree from the Tokyo Institute of Technology in electro-physics in 1997 and the M. S. and Ph. D. degrees in electrical engineering from the University of California, Los Angeles (UCLA) in 1999 and 2002. At UCLA, he conducted research in phased arrays and active integrated antennas.

He was a recipient of the ISAP award presented at 2000 International Symposium on Antennas and Propagation in Fukuoka, Japan. In 2001, he received the 2nd place award in the student completion held at 2001 IEEE International Microwave Symposium in Phoenix, AZ.

He is currently a senior RF research engineer at Oceanit Laboratories, Honolulu, Hawaii. He leads Oceanit’s Electronic Warfare programs. At Oceanit, he developed phased arrays and RF frontend systems for EW applications under AFRL contracts. He also developed a millimeterwave scene simulator under a Navy contract. He has more than 30 publications and three US patents issued in the area of microwave and antenna systems. He serves as a reviewer for various technical journals including IEEE Transactions on Microwave Theory and Techniques and IEEE Transactions on Antennas and Propagation.

He was an Area Editor for IEEE Microwave Magazine (2007-2011). He was the Chair (2006) and co-Chair (2005) of the phased array subcommittee at the IEEE MTT-S IMS Technical Program Committee. He was also part of the review panel for the National Science Foundation (NSF) EPMD program in 2011. He is a senior member of IEEE and a member of the Association of Old Crows.