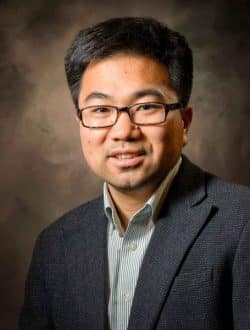 Rui Ma received the B.Eng. degree from Xi’an Jiaotong University, China, in 2004, M.S. and Dr.-Eng. degrees from the University of Kassel, Germany, in 2006 and 2009 (all in Electrical Engineering), respectively.

From 2007-to 2010, he was with the Microwave Electronics Labs at the University of Kassel as a research fellow working on transistor modeling and RF power amplifier design. From 2010-to 2012, he was a Senior Research Engineer with Nokia Siemens Networks, where he focused on the R&D of enabling power amplifier technologies for wideband radio at NSN Research Center in Beijing, China.

Since March 2012, he is with Mitsubishi Electric Research Laboratories in Cambridge, USA. Currently, he is a Senior Principal Scientist of RF Research, responsible for technologies focused on power amplifiers, digital transmitters, 5G radio, as well as emerging applications of GaN. In 2013, he received the specification award by MIPI Alliance for the development of Analog Reference Interface (ACI) for Envelope Tracking eTrak specification. In 2019, he was awarded Mitsubishi Electric President Award for his contributions to GaN development and its RF applications.

Dr. Ma is a senior member of IEEE and inventor or co-inventor for more than 25 U.S. patents and patent applications on RF-related topics. He serves MTT-S AdCom Committee since 2016. He is MTT Boston Chapter Chair since April 2018.