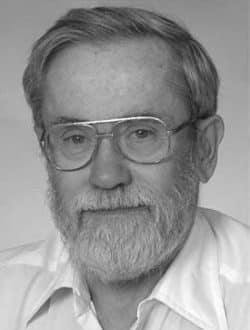 Roger Kaul (S’60–M’62–SM’88–SLM’06) received the Ph.D. degree in electrical engineering and applied sciences from Case Western Reserve University, Cleveland, OH, in 1969. Until 1974, he researched Gunn instabilities at the United Air-craft Research Laboratories. He then joined ORI Inc. and performed space system studies for the National Aeronautics and Space Administration (NASA). From 1981 to 1987, he conducted studies related to electronic warfare and millimeter-wave communication systems with the Amecom Division, Litton. Until 2001, he was involved with the development of microwave hardening technology techniques and evaluating microwave devices and circuits for Army applications at the Army Research Laboratory (ARL). He continues to assist the ARL in the development and evaluation of microelectromechanical systems (MEMS) technology as a member of the ARL Emeritus Corps. He is a Part-Time Instructor with the Whiting School of Engineering, Johns Hopkins University, Baltimore,  MD. Dr. Kaul is past chair of the MTT-16 Microwave Systems Technical Committee and a Co-Chair of the MTT-S Graduate Fellowships for Medical Applications.  Roger remains active in the Washington DC/Northern Virginia Chapter of the IEEE Microwave Theory and Techniques Society (IEEE MTT-S) and in the IEEE Washington Section as a judge for the local high school science fairs.