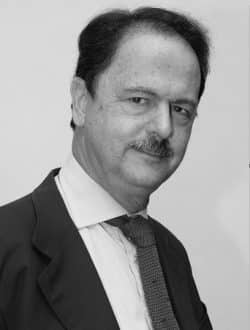 For a Career of Leadership, Meritorious Achievement, Creativity and Outstanding Contributions in the Field of Microwave Theory and Techniques Roberto Sorrentino

He is the author or co-author of more than 150 technical papers in international journals and 200 refereed conference papers. He has edited a book for IEEE Press on Numerical Methods for Passive Microwave Structures, and coauthored four books for J. Wiley and McGrawHill. In 1990 he was elected an IEEE Fellow “for contribution to the modelling of planar and quasi-planar microwave and millimetre-wave circuits”. In 1993 he received the IEEE MTT-S Meritorious Service Award; in 2000 the IEEE Third Millennium Medal, in 2004 the Distinguished Educator Award from IEEE MTT-S, in 2010 the Distinguished Service Award from the European Microwave Association. In 2012 with S. Bastioli and C. Tomassoni, he received the Microwave Prize for the paper “A New Class of Waveguide Dual-Mode Filters Using TM and Nonresonating Modes”, published in the December 2010 issue of the MTT Transactions. Roberto Sorrentino has been active within the MTT Society. From 1984 through 1987 he was the Chairman of the IEEE Section of Central and South Italy. In 1984 he founded the local MTT/AP Chapter that he chaired from 1984 to 1987. From January 1995 through April 1998 he was the Editor-in-Chief of the IEEE Microwave and Guided Wave Letters. From 1998 through 2005 and from 2011 through 2013 he served on MTT AdCom. He was also a member of Technical Committees MTT-15 on Field Theory and MTT-1 on Computer-Aided Design, which he chaired in 2003-04.

He is a member of several Editorial Boards of international journal and a member of the Editorial Board of the Proceedings of the IEEE since 2013. He was a member of the IEEE Electromagnetics Award Committee from 2011 to 2013. Roberto Sorrentino served the International Union of Radio Science (URSI) as Vice Chair (1993-1996) then Chair (1996-1999) of the Commission D (Electronics and Photonics). Since 2007 he is the President of the Italian Commission of URSI. In 1998 he was one of the founders of the European Microwave Association and its President till 2009. In 2002 he was among the founders and first President of the Italian Electromagnetic Society (SIEm) that he chaired until 2008. In 2007 he founded RF Microtech, a successful spin-off company of the University of Perugia.