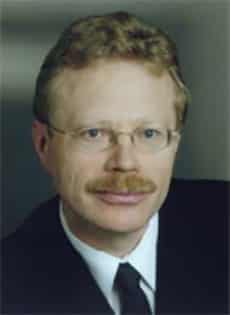 Robert Weigel was born in Ebermannstadt, Germany, in 1956. He received the Dr.-Ing. and the Dr.-Ing.habil. degrees, both in electrical engineering and computer science, from the Munich University of Technology in Germany, in 1989 and 1992, respectively.

From 1982 to 1988, he was a Research Engineer, from 1988 to 1994 a Senior Research Engineer, and from 1994 to 1996 a Professor for RF Circuits and Systems at the Munich University of Technology. He was a consultant of, respectively, Siemens Research Laboratories, Munich during 1987 to 1992, and Siemens Matsushita Components (now EPCOS) during 1992 to 1996. In winter 1994/95 he was a Guest Professor for Surface Acoustic Wave (SAW) Technology at Vienna University of Technology in Austria. From 1996 to 2002, he has been Director of the Institute for Communications and Information Engineering, and in addition from 1999 to 2001 also Director of the Institute for Measurement Technology, both at the University of Linz, Austria. In August 1999, he co-founded DICE – Danube Integrated Circuit Engineering, Linz, meanwhile an Infineon Technologies Development Center with 90 staff members which is devoted to the design of mobile radio circuits and systems. In 1999, he also co-founded in Linz the LCM – Linz Center of Competence in Mechatronics which meanwhile is also a company with 45 staff members. Since 1998, he is also a Professor for RF Engineering at the Tongji University in Shanghai, China. In 2002, he has moved to Erlangen, Germany, to overtake the Directorship of the Institute for Electronics Engineering
at the University of Erlangen-Nuremberg.

He has been engaged in research and development on microwave theory and techniques, SAW technology, integrated optics, high-temperature superconductivity, and digital and microwave communication systems. In these fields, he has published more than 550 papers, 2 books, 6 book chapters, and 6 international patents, and given more than 260 international presentations. He has been supervisor of 75 PhD theses, 50 of which are completed. In 2002, he received the German ITG award. He has been an IEEE Distinguished Microwave Lecturer during 2001 to 2003. His review work includes European and Asian research projects and international journals. Since 2004, he is the editor-in-chief of the Proceedings of the European Microwave Association, and since 2006, he is member of the Scientific Advisory Board of the European Technology Platform on Smart Systems Integration (EPoSS).