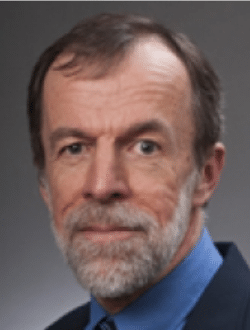 Robert W. Jackson received his Ph.D. degree from Northeastern University in 1981. He joined the faculty of the University of Massachusetts in 1982 and is currently Professor of Electrical and Computer Engineering. His primary research and teaching interests center on microwave and millimeterwave electronics, especially integrated circuits. In particular he has contributed in the areas of electromagnetic modeling of high frequency integrated circuits, novel circuit structures, and packages for microwave and millimeterwave integrated circuits. Current interests include miniature, low cost devices for sensing applications, active antennas, and high frequency systems. He is a member of the packaging technical committee for the Microwave Theory and Techniques Society. He has served on technical program committees for the International Microwave Symposium and the conference on Electrical Performance of Electronic Packaging (EPEP) and was the co-general chair of the latter for 2004 and 2005. He was an Associate Editor of the IEEE Transactions on Microwave Theory and Techniques, 2008 to 2010. Professor Jackson is a Fellow of the IEEE.