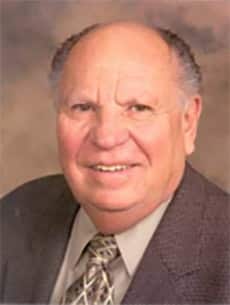 Robert J. Wenzel (S’61-M’62-SM’82-F’83-LF’O5) Robert J. Wenzel (Bob Wenzel) received the B.S. degree in electrical
engineering from Marquette University in 1961, and the M.S. degree in electrical engineering from the Massachusetts Institute of
Technology in 1962.
In 1962 Bob joined Bendix Research Laboratories in Southfield Michigan and began to investigate the design of microwave
filters based on classic insertion loss synthesis methods. He re-introduced the use of Richard’s Transformation and the
fundamental Kuroda Identities for microwave filter design and this work led to published papers giving exact synthesis
procedures for a class of transmission line filters and general design methods for microwave contiguous band diplexers and
multiplexers. He published an exact synthesis procedure for the interdigital bandpass filter and described the capacitance matrix
transformation method for determining transmission line equivalent circuits. Other publications gave realizations for distributed
elliptic function type bandpass, bandstop, and contiguous band diplexers. He published an exact synthesis method for combline
and capacitively loaded interdigital bandpass filters giving simple detailed examples of the use of a transformed frequency
variable to alleviate the numerical accuracy problem in the synthesis ofhigh order filter networks. This approach had been known
to circuit theorists, but had not been previously applied to microwave filters. The transformed variable approach is widely used to
this day for synthesis of microwave filter circuits.
In 1970 Bob joined Wavecom in Northridge California working on the design and development of microwave filters and
networks for specialized high reliability aircraft and spacecraft applications. While at Wavecom he extended the exact synthesis
approach using the transformed frequency variable to include cross-coupled filters with arbitrary amplitude and time delay
characteristics.
In June of 1975 Bob and his partner Bill Erlinger co-founded Wenzel/Erlinger Associates Inc. The consulting firm specialized
in the design of most all types of passive components. Bob has worked with over fifty companies and has made significant
contributions to the design of waveguide and coaxial contiguous multiplexers and to the theory of both narrowband and wideband
filters with arbitrary amplitude and time delay response (cross-coupled structures). Many of these contributions have not been
described in widely available publications due to publishing restrictions. Wenzel/Erlinger Associates also developed the WEAFIL
series of computer programs for the design of several types of microwave filters. The programs used a combination of synthesis,
numerical optimization, and practical experience factors to provide precise physical dimensions for fabrication. Numerous
companies in the U.S., Europe, and Asia have used more than 300 of these programs and the software has provided the
capability that enabled the achievement of first pass design success. Bob has lectured at many IEEE chapter meetings and at
IMS gatherings. Since 1974 he has been a principal lecturer at over fifty short courses on microwave circuit design. presented at
universities and companies throughout the U.S. Since 1984 these courses have also been held at multiple locations in Europe.
The lectures have been video taped and have been used by many firms around the world for training purposes. Bob has also
taught graduate courses in circuit theory and microwave networks at California State University and UCLA.
In 1999, Bartley R.F. Systems of Amesbury Massachusetts acquired Wenzel/Erlinger Associates and their computer software
products. Bob continued his consulting to aerospace clients from his California office, but also spent considerable time in
transferring the computer software products to Bartley R.F. Systems and to training Bartley technical personal. Bob received the
1967 Microwave Prize of the MTT Society for his paper on capacitance matrix transformations. He was elected a Fellow of the
IEEE in 1983. He has served for many years on the Editorial board of the IEEE MTT Transactions. He is a member of Sigma XI,
Eta Kappa Nu, Tau Beta Pi. Since 2003 Bob has been semi-retired, but continues to be active in the microwave community.