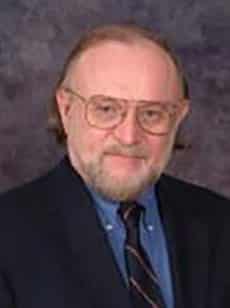 Robert James Trew was born December 8, 1944 and passed away on February 24, 2019 at the age of 74.  He earned a BEE at Kettering University and continued graduate studies at the University of Michigan where he received his PhD.  He then had a remarkable and distinguished career, performing many functions.  He was an engineer, distinguished professor, educator, academic researcher, administrator, department head, mentor, consultant, journal Editor-in-Chief, published author and multi-award-winning pioneer in the field of semiconductor devices. His career spanned industry, academia and government.

He was the Department Head of the Electrical and Computer Engineering Departments for eleven years, at three different universities: NC State, Case Western, and Virginia Tech. In his academic career he directed 25 PhD students and 40 MS students.  His industrial employment included a member of the technical staff and group leader at Watkins-Johnson Company in Palo Alto, CA and design engineer at General Motors in Saginaw MI.