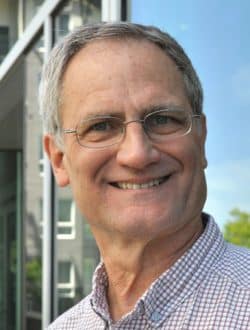 Richard L. Campbell is a Designer at Analog Devices.
He received his B.S. in General Honors Physics at Seattle Pacific University in 1975, and MS an PhD in electrical engineering from the University of Washington in Seattle in 1981 and 1984

He did Solid State Physics research at Bell Labs Murray Hill from 1975-1979, taught at Michigan Technological University from 1983-1996, designed GaAs RFICs at TriQuint Semiconductor from 1996-2003 and sub-mm wave test equipment at Cascade Microtech 2004-2007. In 2007-2010 he was on the faculty of Portland State University.

He is coauthor of “Experimental Methods in RF Design” and numerous technical papers, has a number of patents in remote sensing, IC design, and high frequency measurements, and a dusty shelf full of awards as a designer and technical author.

One of his Direct Conversion Receiver designs is featured on the cover of the 2008 Handbook for Radio Communications.