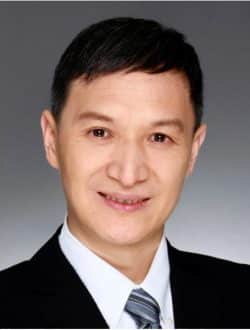 During 1987–1996, Dr. Qing was with UESTC for teaching and research and appointed as a lecturer in 1990 and an associate professor in 1995. He joined National University of Singapore (NUS) in 1997 as a research scientist. Since 1998, he has been with the Institute for Infocomm Research (I2R, formerly known as CWC and ICR), Agency for the Agency for Science, Technology and Research (A*STAR), Singapore. He is currently holding the position of senior scientist and the leader of the RF Group. His main research interests are antenna design and characterization for wireless applications.  In particular, his current R&D focuses on beam steering antennas, new material/metamaterial-based antennas, near- field antennas, medical antennas, and millimeter-wave/sub-millimeter-wave antennas & characterization.

Dr. Qing has authored/co-authored more than 270 technical papers published in international journals or presented at international conferences, and 10 book chapters. He is the editor of “handbook of Antenna Technologies” (Springer, 2016). He is holding 13 granted and filed patents. He received 6 Science and Technology Advancement Awards in P. R. China from 1987 to 1997. He is also the recipient of Singapore IES Prestigious Engineering Achievement Award 2006/2013/2014, Singapore Manufacturing Federation Award 2014, ISAP (International Symposium on Antennas and Propagation) Best Paper Award 2010, and CST University Publication Award 2015.

Dr. Qing is a fellow of IEEE.  He is serving as the associate editor of IEEE Open Journal of Vehicular Technology and the International Journal of Microwave and Wireless Technologies (Cambridge University Press/EuMA), the editorial board member of Chinese Journal of Electronics (Chinese Institute of Electronics).  He also served as the general co-chair of the IEEE Asia-Pacific Conference on Antennas and Propagation 2015/2018, as well as the general co-chair coming 2021 IEEE International Symposium on Antennas and Propagation and USNC-URSI Radio Science Meeting.