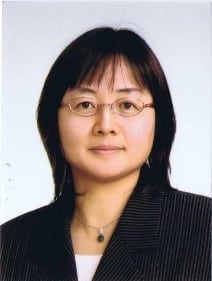 Qiaowei Yuan received the BE, ME, and PhD from Xidian University, Xidian University, Xi’an, China, in 1986, 1989, and 1997, respectively. From 1990 to 1991, she was a special research student at Tohoku University, Sendai, Japan. From 1992 to 1995, she worked in Sendai Research and Development Laboratory, Matsushita Communication Company, Ltd., engaging in research and design of compact antennas for second generation mobile phones. From 1997 to 2002, with Sendai Research and Development Center, Oi Electric Company, Ltd., involved in researching and designing of small antennas for pager communications and the parabolic antenna for 26.5 GHz fixed wireless access (FWA) communication. From 2002 to 2007, with Intelligent Cosmos Research Institute, Sendai, Japan, involved in the research and development of adaptive array antennas and RF circuits for mobile communications. From 2007 to 2008, she was an Associate Professor of Tokyo University of Agriculture and Technology. From 2009-2019, she served as a professor in National Institute of Technology, Sendai College. Currently, she is a professor and the head of IoT technology research project in Tohoku Institute of Technology. She also was a visiting scholar at ElectroScience Laboratory of Ohio State University in USA from April 2015 to September 2015.

Dr. Yuan received the Best Paper Award and Zenichi Kiyasu Award in 2009, from the Institute of Electronics, Information and Communication Engineers (IEICE) of Japan. She also received the Achievement Award from IEICE in 2015, and other Achievement Awards from IEICE Technical Committee on Wireless Power Transfer from 2016 to 2017, IEICE Technical Committee on Antenna Propagation in 2020, respectively.