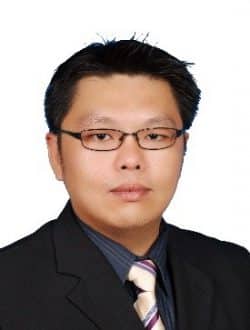 Ping Jack Soh (S‘10, M‘14, SM‘15) was born in Sabah, Malaysia. He received the bachelor and master’s degrees from Universiti Teknologi Malaysia, and the PhD degree from KU Leuven, Belgium.

He is currently an Associate Professor in the Centre for Wireless Communications (CWC), University of Oulu, Finland. He started his career as a Test Engineer (2002-2004) and R&D Engineer (2005-2006). He then joined Universiti Malaysia Perlis (UniMAP) as a Lecturer (2006-2009) before moving to KU Leuven as a Research Assistant (2009-2013), Postdoctoral Research Fellow (2013-2014) and since 2014, a Research Affiliate with the ESAT-WAVECORE Research Division. He went back to Malaysia to serve UniMAP as a Senior Lecturer (2014-2017) and an Associate Professor (2017-2021) before moving to Finland. Within UniMAP, he was formerly the Deputy Director of the Centre for Industrial Collaboration (2007-2009), Deputy Dean of the university’s Research Management and Innovation Center (RMIC) (2014-2017) and Head of the Advanced Communication Engineering (ACE) Research Centre (2020).

To date, he has led and completed a handful of internationally-, nationally- and industry-funded research projects in antennas and related technologies; focused on their applications in wearables / body area communication; compact satellites; metasurfaces; 5G/6G communications; EM safety and absorption; and wireless techniques for healthcare. He has published more than 300 articles in journals and proceedings, four book chapters and five invention disclosures. Besides that, Dr Soh has supervised/co-supervised 12 PhD, 16 MSc (research mode) and 5 MSc (dissertation) students to completion. He is also an Associate Editor of the International Journal of Numerical Modelling: Electronic Networks, Devices and Fields (Wiley).

Dr. Soh was the recipient of the URSI Young Scientist Award in 2015, the IEEE MTT-S Graduate Fellowship for Medical Applications in 2013 and the IEEE AP-S Doctoral Research Award in 2012. He was also the Second Place Winner of the IEEE Presidents’ Change the World Competition in 2013. Three of his (co)authored journals were awarded the IEEE AP/MTT/EMC Malaysia Joint Chapter’s Publication Award in 2020, 2019 and 2018, and another two journals were also awarded the CST University Publication Award in 2012 and 2011. As project advisor, his students have also won prizes such as the IEEE MTT-S Undergraduate Scholarship in 2019 and 2016, First Place in the Innovate Malaysia Design Competition (Motorola Track) in 2016 and the First Place in the IEEE Malaysia Section Final Year Project Competition (Telecommunication Track) in 2015. He is a Chartered Engineer registered with the UK Engineering Council; a Senior Member of the IEEE, and a Member of the IET and URSI. He also volunteers in the IEEE MTT-S Education Committee.