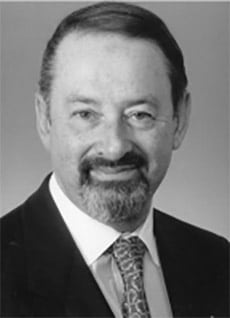 Peter R. Hlerczfeld was born in Budapest Hungary in 1936 and is now a U.S. citizen. He received his B.S. degree in Physics from Colorado State University in 1961, his M.S. in Physics in 1963, and his Ph. D. in electrical Engineering in 1967, both from the University of Minnesota. Since 1 967 he has been on the faculty of Drexel University, where he is the Lester Kraus Professor of Electrical and Computer Engineering. Dr. Herczfeld received numerous teaching honors including the Mary and Christian Lindback Distinguished Teacher Award at Drexel University and the IEEE-MTT S Fred Rosenbaum Distinguished Educator Award.

He has advised thirty-two Doctoral students and over seventy Master students over his career. His former students are outstanding professionals, six of them are fellows of the IEEE. The majority of his former graduate students are affiliated with Universities in the U.S., Europe, Asia, and South America, where they continue to excel. Dr. Herczfeld is the Director ofthe center for Microwave-Lightwave Engineering at Drexel, a Center ofExcellence that conduct research in microwaves and photonics. He has served as project director for more than hundred projects. He has published over 400 papers in Solid-State Electronics, Microwaves, Photonics, Solar Energy, and Biomedical Engineering. A member of APS and IEEE, he is a recipient of several research and publication awards, including the European Microwave Prize (1986 and 1994).

He is a fellow of the IEEE, a recipient of the IEEE Millennium medal and served as the distinguished Lecturer of IEEE-MTT-S. He inaugurated the Microwave Photonics conferences, a LEOS-MTT joint venture, which has blossomed into a highly respected international meeting. Dr. Herczfeld has lectured extensively in the five continents and had fruitful cooperative research programs with universities in India, France, Hungary, Brazil, Israel, Australia and Russia. Dr. Herczfeld loves music (principally chamber music and opera) and literature (particularly Russian and French). He is an avid skier, bicyclist and tennis player. He is devoted to his family, above all to his grandson, Ben.