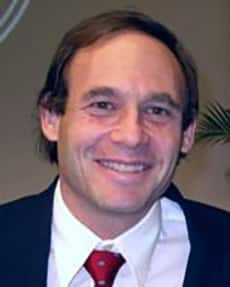 PETER H. SIEGEL (Life Fellow, IEEE) received the B.A. degree in astronomy from Colgate University, in 1976, the M.S. degree in physics from Columbia University, in 1978, and the Ph.D. degree in electrical engineering (EE) from Columbia University, in 1983. He has held appointments as a Research Fellow and Engineering Staff at the NASA Goddard Institute for Space Studies, New York City, NY, USA, from 1975 to 1983, a Staff Scientist at the National Radio Astronomy Observatory, Central Development Labs, Charlottesville, VA, USA, from 1984 to1986, a Technical Group Supervisor and a Senior Research Scientist at the Jet Propulsion Laboratory (JPL), National Aeronautics and Space Administration (NASA), Pasadena, CA, USA, from 1987 to 2014, and a Faculty Associate in electrical engineering and a Senior Scientist in biology at the California Institute of Technology (Caltech), Pasadena, CA, USA, from 2002 to 2014. At JPL, he founded and led for 25 years, the Submillimeter Wave Advanced Technology (SWAT) Team, a group of 20+ scientists and engineers developing THz technology for NASA’s near and long-term space missions. This included delivering key components for four major satellite missions and leading more than 75 smaller Research and Development programs for NASA and the U.S. Department of Defense. At Caltech, he was involved in new biological and medical applications of THz, especially low-power effects on neurons and most recently millimeter-wave monitoring of blood chemistry. He has served as an IEEE Distinguished Lecturer, and the Vice-Chair and Chair of the IEEE MTTS THz Technology Committee. He is currently an Elected Member of the MTTS AdCom. Dr. Siegel has published more than 300 articles and holds 10 patents on THz components and technology and has given more than 250 invited talks on this subject throughout his career of 45 years in THz. His current appointments include the CEO of THz Global, a small Research and Development company specializing in RF bio applications, a Senior Scientist Emeritus of biology and electrical engineering with Caltech, and a Senior Research Scientist Emeritus and a Principal Engineer with the NASA Jet Propulsion Laboratory. Dr. Siegel has been recognized with 75 NASA technology awards, ten NASA team awards, the NASA Space Act Award, three individual JPL awards for technical excellence and four JPL team awards, and the IEEE MTTS Applications Award, in 2018. He is honored to take up the responsibility as the Founding Editor-in-Chief of IEEE Journal of Microwaves, which he hopes will invigorate the microwave field. Among many other functions, he served as the Founding Editor-in-Chief for the IEEE Transactions On Terahertz Science and Technology, from 2010 to 2015, and the founder, in 2009, Chair through 2011, and elected General Secretary since 2012, of the International Society of Infrared, Millimeter, and Terahertz Waves (IRMMW-THz), the world’s largest society devoted exclusively to THz science and technology.

After more than 30 years of niche applications in the space sciences area, the field of Terahertz Technology is entering a true Renaissance. While major strides continue to be made in submillimeter wave astronomy and spectroscopy, the past few years have seen an unprecedented expansion of terahertz applications, components and instruments. Broad popular interest in this unique frequency domain has emerged for the first time, spanning applications as diverse as biohazard detection and tumor recognition. Already there are groups around the world who have applied specialized Terahertz techniques to ultra fast chemistry, communications, disease diagnostics, recognition of protein structural states, monitoring of receptor binding, performing label-free DNA sequencing and visualizing contrast in otherwise uniform tissue. A commercial terahertz imaging system has recently started tests in a hospital environment and new high sensitivity imagers with much deeper penetration into tissue have begun to emerge. Solicitations for more sophisticated instruments and enabling terahertz components have filtered into US agency proposal calls from DoD and NASA, to NSF and NIH, and many new research groups have sprung up, both in this country and in Europe and Asia. This talk will broadly survey terahertz technology from its cradle applications in space science and spectroscopy to more recent biomedical and chemical uses.

Millimeter- and Submillimeter-Wave Applications in Biology: Potential and Challenges (current)

The millimeter and submillimeter wave regimes, roughly spanning 30-3000 GHz, have moved to the forefront of recent expansion and innovative use of the RF spectrum. Traditional motivations for working at millimeter wavelengths have tended to focus mainly on commercial and defense-related wireless applications, such as communications, radar and to some extent, imaging. At higher THz frequencies, despite considerable commercial pressure, most of the emphasis is still on basic science, with a strong concentration in fundamental physics and chemistry, spectroscopy, and ground and space-based astrophysics, planetary atmospheres, and Earth science. As we move from the “Space Age” into the “Age of Biology” it is appropriate to take a closer look at what we can already do with millimeter and submillimeter-wave technology, and whether we might turn up any interesting new applications, or at least find some low hanging fruit which can be easily plucked, by simply refocusing some existing circuits and techniques. On the way, there are essential tweaks that have to be made to common devices and circuits in order to accommodate the constraints of water-based tissue. This talk will highlight some of the work the author has been involved with in applying high frequency circuits and techniques to problems in biology and medicine.