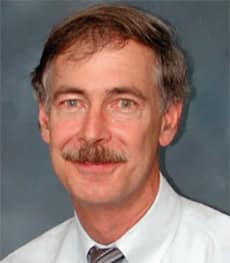 Peter Asbeck (M’75-SM’97-F’00) is the Skyworks Chair Professor in the Department of Electrical and Computer Engineering at the University of California, San Diego. He attended MIT, where he received the B.S. and Ph.D. degrees in 1969 and in 1975, from the Electrical Engineering Department. He worked at the Sarno” Research Center, Princeton, New Jersey; at Philips Laboratory, Briarcli” Manor, New York; and at Rockwell International Science Center, Thousand Oaks, CA, where he was involved in the development of high-speed devices and circuits using III-V compounds and heterojunctions. In 1991, Dr. Asbeck joined the University of California at San Diego, where he pursues teaching and research, leading a group of 10-12 graduate students and post-docs investigating microwave characteristics and applications of high speed transistors.

Dr. Asbeck and his group have done pioneering work in the development of heterojunction bipolar transistors based on GaAlAs/GaAs, GaInP/GaAs, and InAlAs/InGaAs/InP materials, and have investigated the physics, fabrication and applications of these devices. They have contributed to the development of GaN HFETs, including exploration of the role of polarization e”ects in the nitrides. Another focus of their research has been microwave power ampli!ers and techniques to improve PA e#ciency, linearity and bandwidth. They have published extensively on Doherty ampli!ers, envelope tracking power ampli!ers, switching-mode ampli!ers and digital predistortion techniques for handset and base-station applications, and more recently, on mm-wave ampli!ers. Research by Asbeck and his group has led to more than 400 publications and 17 patents.

The more than 40 Ph.D. and M.S. graduates of his group have gone on to positions in industry and academia in the U.S., Japan, Korea, China, Taiwan and Thailand, and are continuing to contribute extensively to the microwave community.

Dr. Asbeck is a Fellow of the IEEE and a member of the National Academy of Engineering. He has served as Distinguished Lecturer of the Microwave Theory and Techniques Society and of the IEEE Electron Device Society, and as a member of the Defense Science Research Council. He was the founding chairman of the IEEE Topical Workshop on Power Ampli!ers for Wireless Communications (now Power Ampli!er Symposium), and has been active on technical program committees of IMS, RFIC, CSIC, IEDM, DRC and other conferences. He received the 2003 IEEE Sarno” award for his work on heterojunction bipolar transistors.