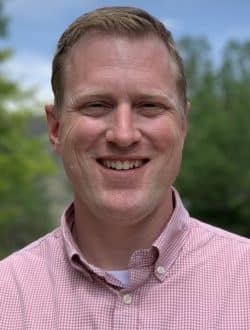 Peter H. Aaen received the B.A.Sc. degree in engineering science and the M.A.Sc. degree in electrical engineering from the University of Toronto, Toronto, ON, Canada, in 1995 and 1997, respectively, and the Ph.D. degree in electrical engineering from Arizona State University, Tempe, AZ, USA, in 2005.  He was the Manager of the RF Division, RF Modeling and Measurement Technology Team, Freescale Semiconductor, Inc., Tempe, AZ, USA, a company which he joined in 1997, then the Semiconductor Product Sector, Motorola, Inc.  In 2013, he joined the Faculty of Engineering and Physical Sciences, University of Surrey, Guildford, U.K., where he was a Reader of microwave semiconductor device modeling. He was also the Director of the Nonlinear Microwave Measurement and Modeling Laboratory, a joint University of Surrey/National Physical Laboratory, and the Director of National Physical Laboratory, Teddington, U.K.   In 2019, he joined the Colorado School of Mines as a Professor and Head of the Electrical Engineering Department.

He has co-authored Modeling and Characterization of RF and Microwave Power FETs (Cambridge University Press, 2007). Dr. Aaen is a member of the Microwave Theory and Techniques and Electron Device Societies, an Executive Committee Member and Vice-President of the Automatic RF Techniques Group, and formerly was the Chair of the IEEE Technical Committee (MTT-1) on Computer-Aided Design.